Dakota Fanning's in the hot seat!

The actress stopped by "Watch What Happens Live" on Tuesday, where she was grilled during a game of "Plead the Fifth" and "Never Have I Ever Whatsoever."

Check out the video above to see what the "Man on Fire" star said about Tom Cruise and which "Real Housewives of Beverly Hills" star she thinks should get the boot!

So who would the blonde beauty like to see off the reality show? "Brandi [Glanville]," Fanning confessed. "She's just a little aggressive for me on the show, I think."

Dakota was also grilled about working with the 52-year-old action star and asked what was the weirdest thing he ever did on the set of their movie "War of the Worlds."

"Nothing," the 21-year-old admitted, "Honestly, I have nothing odd that he did."

But the fun didn't stop there, host Andy Cohen also convinced Fanning and fellow guest Lisa Rinna to play a game of "Never Have I Ever."

Check out the video above to see what experience the child star lied about to get the part!

"I remember it like it was yesterday," Dakota said about her acting untruth. "I had to do a commercial audition and they were like 'she has to know how to play badminton' and i was like six or seven-years-old."

"So we went out and got a badminton set and were practicing and then the casting director came out and was like 'if you do not know how to play badminton you should not be here.'"

What do you think about the actress' candid comments? Sound off below and check out the gallery to see more child stars then and now! 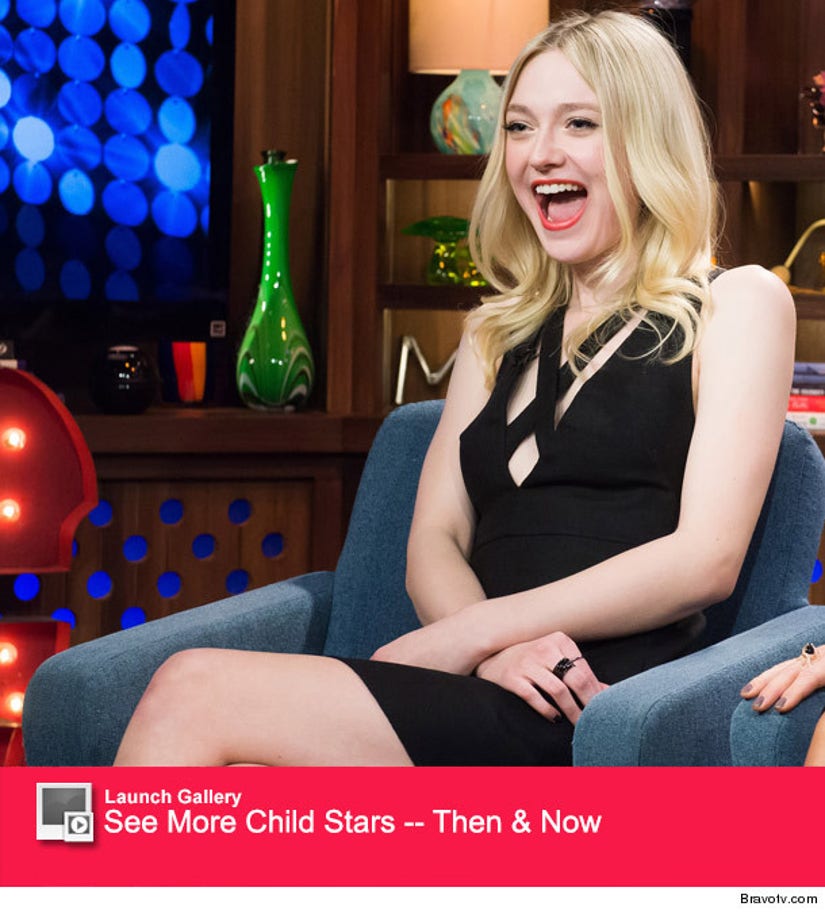