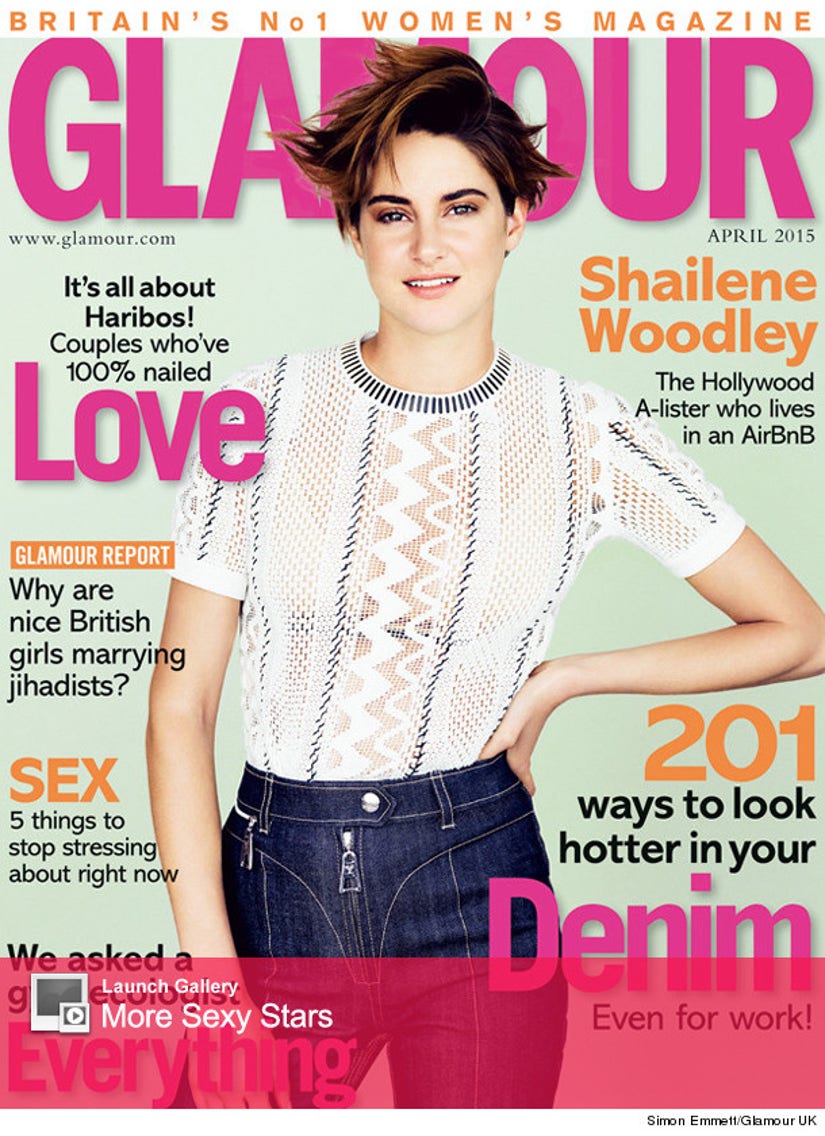 Shailene Woodley has never shied away from showing some skin for a role, but that's not why didn't want to play Anastasia Steele in "Fifty Shades of Grey."

The 23-year-old star, who poses topless in the April issue of Glamour UK (via DailyMail), says she "wasn't really interested" in playing the racy part.

"I'd already signed on for 'Divergent' anyway," she adds. "Also, I'd read the book and thought, 'If somebody really can pull this off and make a movie out of it, they will be the biggest genius.'"

While some young starlets may steer clear of nudity, Woodley says she totally comfortable with it. In fact, she does sex scenes in movies without anything on.

"I'm not sure it empowers me as an actress or anything, but if I'm going to do a movie with sex scenes, then I'm going to be naked," she declares. "Because I don't know about you, but I don't have sex with bras and panties on."

On that note, her sexuality is obviously something she's not afraid to talk about -- she once admitted to tanning her vagina -- preferring the European attitude toward sex much more than America's take on it.

"Part of the reason I love Europe is that sexuality is no big deal there," Shailene explains. "You go to a topless beach and the dudes aren't checking out your tits, because they're just boobs."

"[In America], sex is something that's not talked about – yet it's in our faces more than anything else," she continues. "In school, rather than teach you about sex, they tell you about abstinence, which doesn't work."

Check out her full interview in Glamour UK, on stands, March 2.