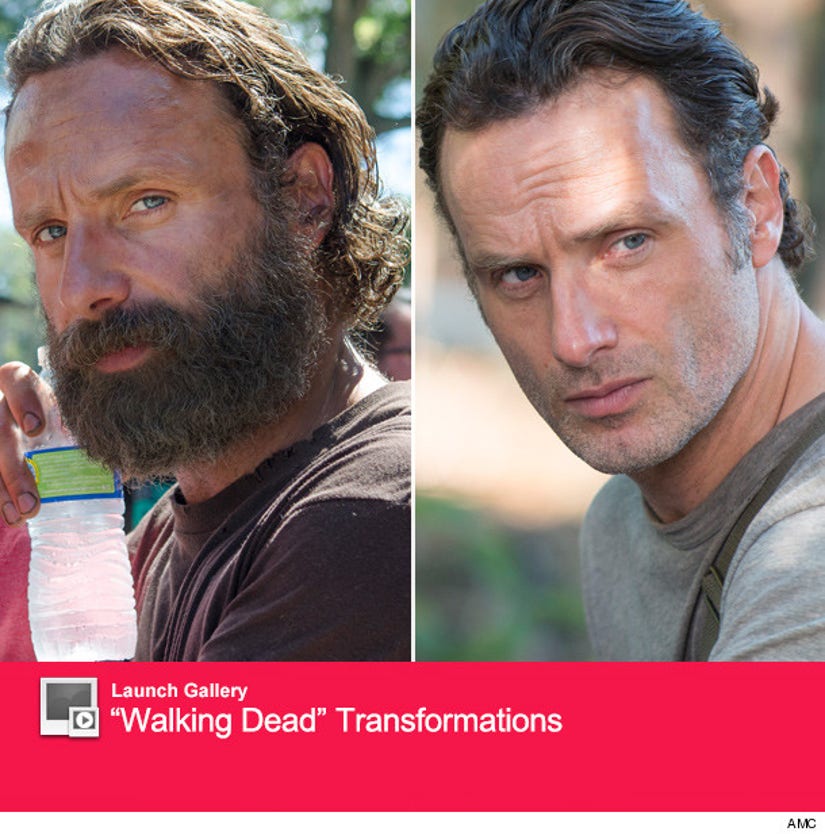 Andrew Lincoln's character on "The Walking Dead" got a much-needed shower on Sunday night's episode of the AMC series -- where he was finally able to clean off the layers of zombie guts, blood and all-around nastiness he's been covered in since leaving the prison.

But the biggest part of his major cleanup: Getting a shave.

Lincoln's beard was starting to get out of control, so seeing him cut off the grizzly facial hair was a big improvement. 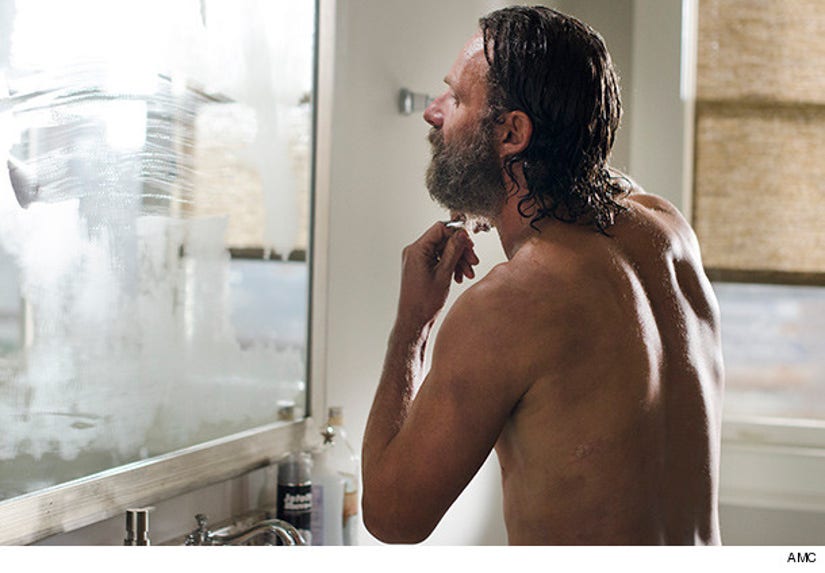 The makeover comes as Rick and Co. set up shop in Alexandria, a seemingly perfect community run by Deanna (Tovah Feldshuh), a former politician-turned-savior. Our favorite sheriff was even able to get a haircut, thanks to his potential (but married) love-interest Jessie (Alexandra Breckinridge). With the new 'do and baby face, Rick looks just like he did back in Season One.

It's a fitting transformation, since Deanna wants Rick to become the constable he once was, with Michonne (Danai Gurira) by his side.

Carol also signed up for a makeover, trading in her blood-soaked duds for a baby blue cardigan. Yep, Carol in a cardigan! She's only doing it to blend in though ... it's clear she's still keeping an eye on everyone.

While Michonne tells Rick she has "a good feeling about this place," do you? This show is nothing without zombie attacks or things completely falling apart, so it's only a matter of time until the you know what hits the fan, right?

- How committed is Daryl to his dirty look -- and can Carol really wash him down in his sleep?

- Who stole Rick's gun from his secret hiding place?