Ryan Reynolds still looks gooood ... even without any sleep!

The actor stopped by "The Tonight Show" on Monday, where he opened up to Jimmy Fallon about his newborn baby girl with wife Blake Lively. It seems his 9-week-old daughter isn't letting her parents get any shut eye.

"Our baby in particular is, we think, allergic to sleep," the new dad said. "We joke that she... thinks that she's keeping us [safe]. She's protecting us from the sleep monsters. She's like, 'Oh, I gotta keep them up or the sleep monsters will get them.'"

The "Mississippi Grind" star is slowly figuring out how to help his little one get to sleep. "The trick I try to use is that 'Baby Einstein' stuff, but for me, that's like horse tranquilizer. I could go down on a lit stove. You could push me out of an airplane," he joked, adding that inspires "the weirdest dreams in the world."

Despite his sleepless nights, the 38-year-old hunk admitted that his family life is "so good."

"She's got me wrapped around her finger," he said. "I am a slave to the rhythm." He also called fatherhood "the best," saying, "I can't wait. It's just going to be teatime every day with her."

Watch the clip above to hear more about his daughter! 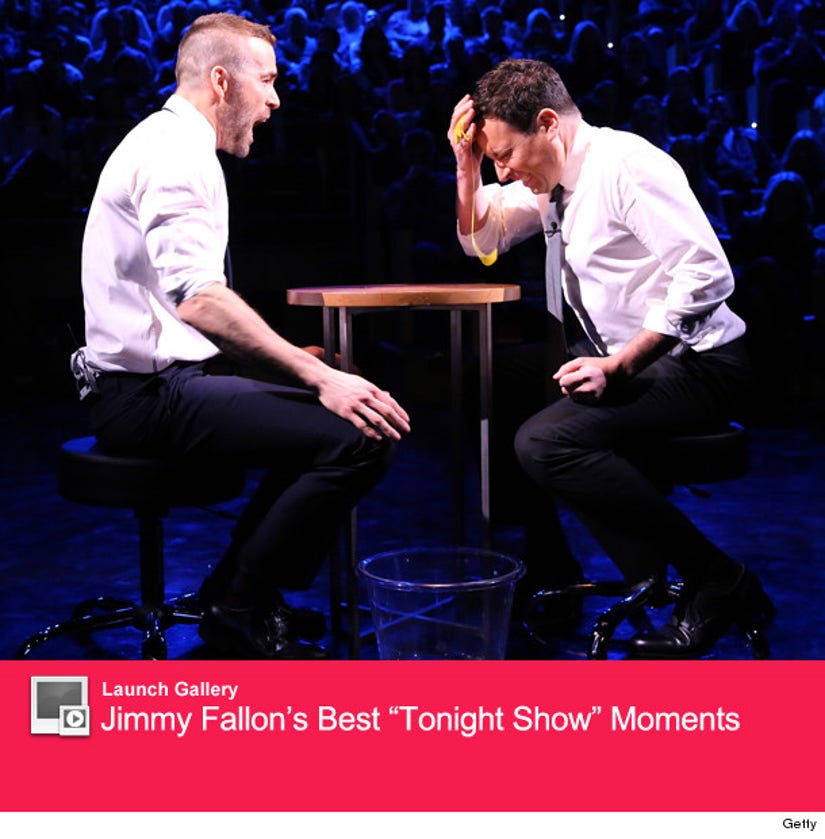 After Blake's hubby gushed about his baby girl, he took on the late night host to a hilarious game of Egg Russian Roulette.

The pair took turns smashing eggs against their heads after trying to pick out the hard boiled ones -- check out the funny clip below!

What do you think of Ryan's new haircut -- we're LOVING this clean-cut look on him. With "Deadpool" currently in production, think this is for his role in the flick?

Either way, it really works for him!