Adam Sandler and Bob Barker are at it again!

The comedian and the "Price is Right" host reunited for Comedy Central's "Night of Too Many Stars" telethon to raise funding for autism programs.

Barker and Sandler also continued their infamous showdown from "Happy Gilmore," where the two memorably got into one hilarious physical altercation on the golf course.

"Hi everybody, as you've probably guessed, Bob Barker and I haven't spoken in many years," Adam opens the skit.

"That's right, not since 'Happy Gilmore.' But we know that providing schools and services for people with autism is too important," Barker explains.

While their reunion starts off amicably, things take a hilarious turn when the 91-year-old TV personality calls out the 48-year-old "Blended" star for gaining weight and pokes fun at some of his recent movies.

Wait until you see some of the colorful language he uses!

After Adam's had enough of Barker's insults, things get physical -- from bedpans, to prosthetic legs and even vials of Ebola, nothing is off limits in Bob and Adam's hilarious hospital brawl.

What do you think of Sandler and Barker's reunion? Tell toofab in the comment section below and check out the gallery to see more men of the '90s then and now! 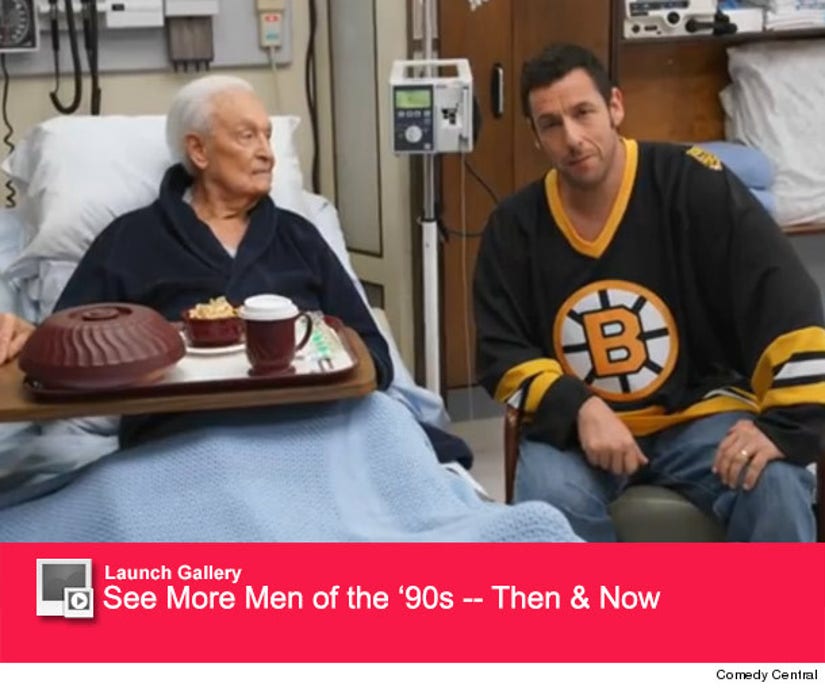