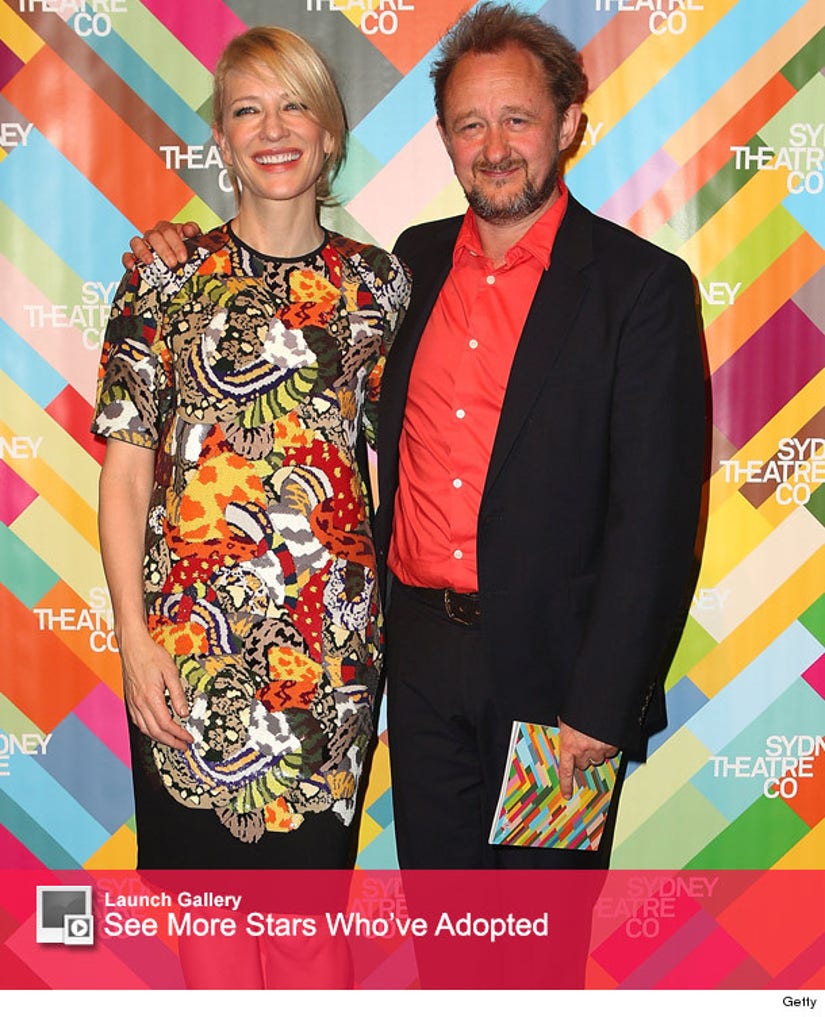 The Oscar-winning actress and hubby Andrew Upton adopted a baby girl, according to Us Weekly.

"The Upton family (Cate Blanchett and Andrew Upton) have adopted a baby girl," the rep told the site in a statement. "No further details will be provided."

While the 45-year-old is on the top of her career right now, she always puts her family first.

"All I can think about is what I've gained," she told the Times Online back in 2010. "I've had to say no to things because I was pregnant, but then I had a baby, so it didn't seem like a sacrifice."

"It has to work for my family, otherwise I can't do the job," she added.

We're sure the "Blue Jasmine" star is happy to have a little girl in the family -- now, Blanchett won't be the only female in the Upton household!

What do you think about Cate's adoption news? Tell toofab in the comment section below and click "Launch Gallery" above to see more stars who have adopted!