The stars of "The Divergent Series: Insurgent" are spilling some dirty details from the set of their highly-anticipated sequel.

The film follows Tris (Shailene Woodley) as she and Four (the oh-so-sexy Theo James) fun from the power-hungry Jeanine (Kate Winslet) in a futuristic world. Their mission: Try and figure out why the Erudite leaders are trying to capture any and all Divergents. 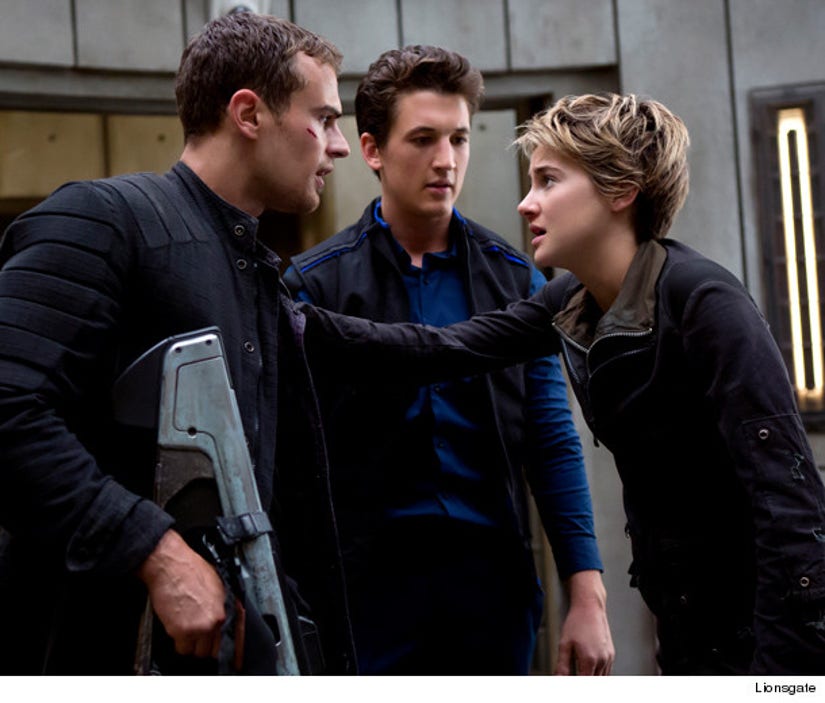 Just like the first film in the series, Woodley does some serious stunt work, engaging in hand-to-hand combat with her enemies ... and herself. While the fight scenes seem more intense this time around, the actress says the training wasn't nearly as vigorous.

"The first movie we did a lot of choreography and fight training," she told toofab's Rachel Hoffman at a press conference for the film. "In this one, it was basic fitness. It wasn't anything too intense."

Woodley admits that she left the trickier stunt work to professionals, but there is one scene in the movie were she felt like a "badass" during filming.

"There's one really rad sequence when Tris is chasing a house," she explains. "One day we had four or five stunt doubles there -- a bunch of women with short hair in the same outfit -- which was pretty funny. I got to do a lot when the house was tilting. We were on wires and could slide down. And there was one moment when the house was tilted at almost a 90-degree angle -- and that felt pretty badass."

"I was thinking, 'If I don't grab this pole, I'm not going to get hurt, but I'll be dangling in the air with a bad wedgy!'" she says with a laugh. 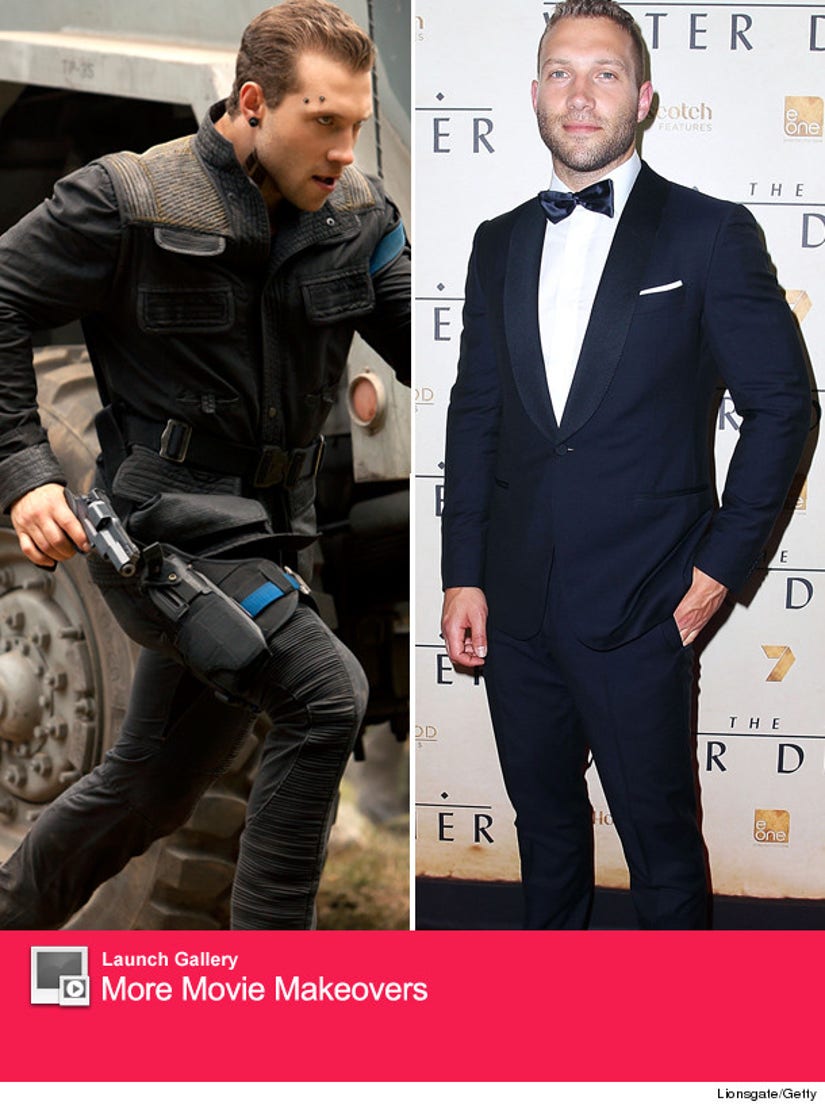 The movie is jam-packed with impressive stunts and crazy visual effects, which is something action-movie pro Jai Courtney appreciates.

"When we did 'Divergent,' some people referenced it as an action film, which I rejected a little. But this one definitely is what the story is rooted in," he admits. "It's fast-paced and pretty electrifying."

In fact, during one scene, the elements prove to be too much for his ... wardrobe ... to handle. "I went through a few pairs of pants running across that field," the actor explains. "The construction of our costumes isn't made for ...," he pauses. "Your big junk!" James interrupts.

Can't wait to see that on the big screen. 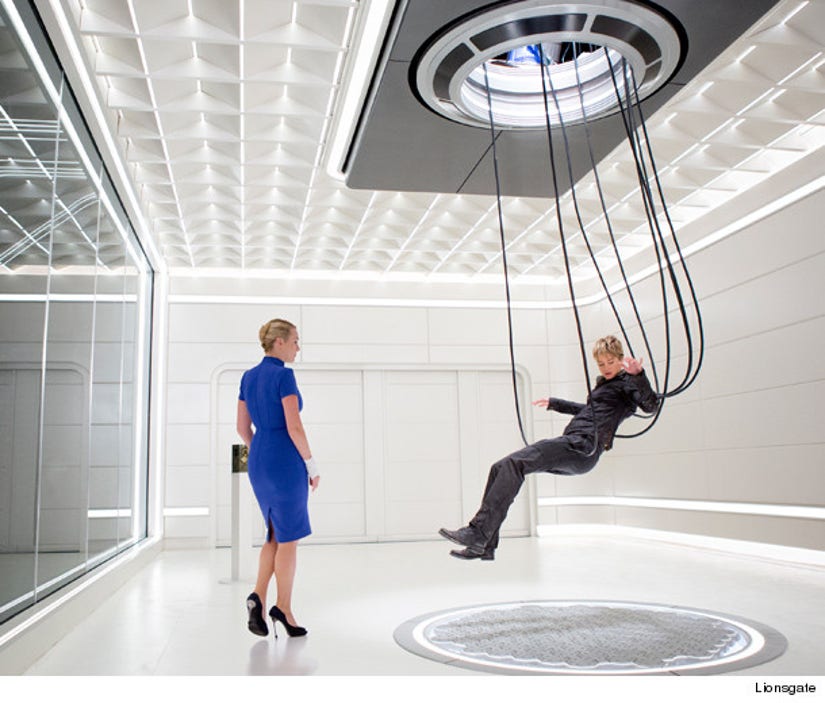 "The Divergent Series: Insurgent" flies into theaters on March 20 -- and trust us, it's worth the wait.