It's Cinderella vs. Belle -- who you got?

Sarah Michelle Gellar teamed up with Whitney Avalon to go head-to-head in a rap battle!

But this wasn't just any old war of words, as the two ladies showed off their rhyming skills while dressed up as the beloved Disney princesses.

The best part? Each of them had their own Princess backup singers. Belle was flanked by Pocahontas and Little Red Riding Hood while Cinderella had Goldilocks and Buttercup in her corner. 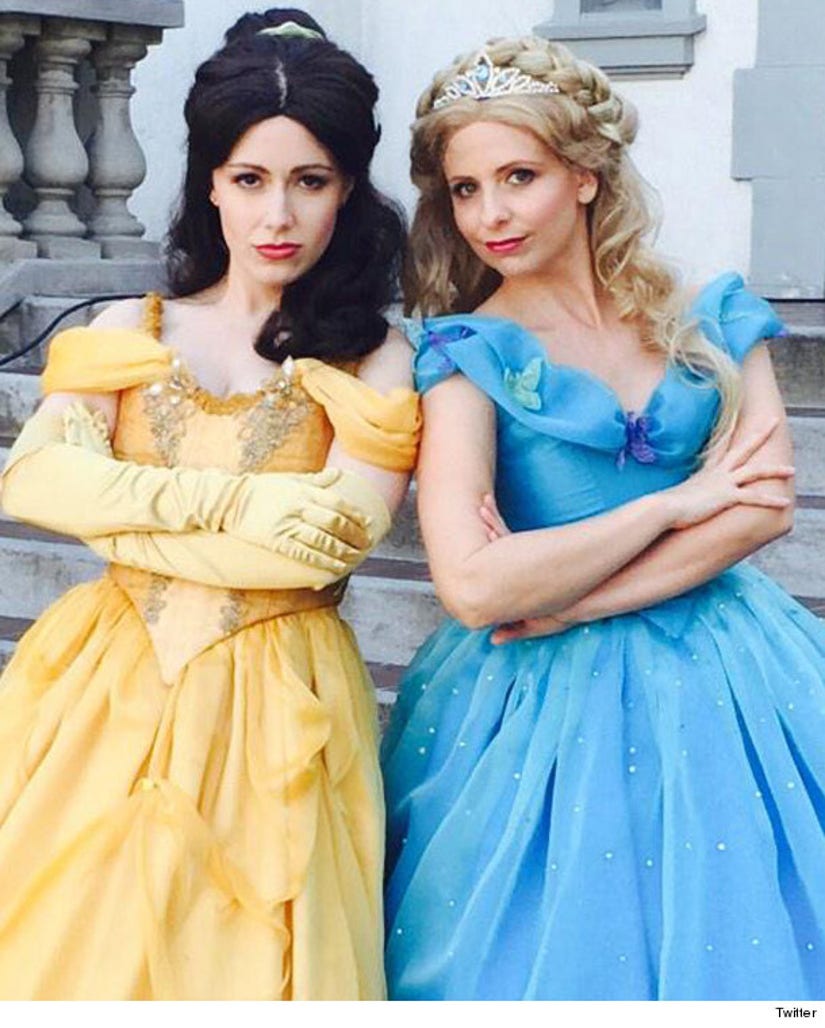 Cinderella starts off by telling Belle that she's basically a "hater."

"Of course you're bitter, I'm the number one star. Pumpkin carriage, perfect marriage, no one cares who you are," Sarah rapped.

While Belle, responded by throwing some major shade.

But the zingers didn't stop there, Cindy calls Belle's prince disgusting, to which she responded, "My prince saved my life and don't be misled. I want a man in the street but a beast in the bed."

We're calling Belle the winner of this battle, sorry Cindy.

Which princess do you think came out on top?! Watch the video above then sound off in the comments section below!