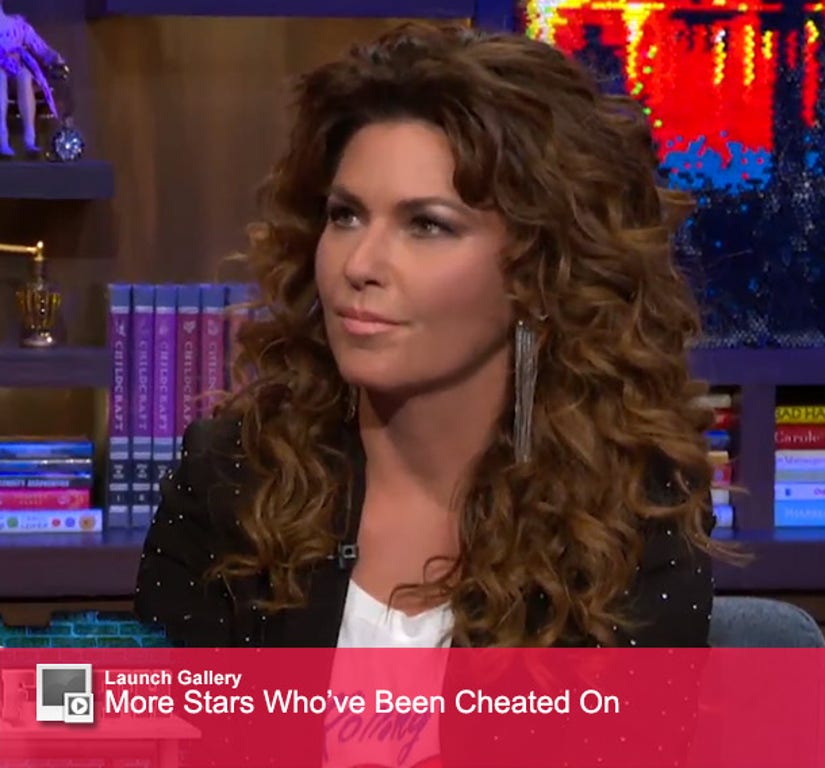 Shania Twain just told off the woman who had an affair with her ex husband on national TV.

The country superstar, who just announced a brand new tour, was put in the hot seat last night on "Watch What Happens Live" -- where talk led to her extremely messy split from Robert "Mutt" Lange.

Some backstory: Her then-husband of 15 years had an affair with one of her assistants/best friends, Marie-Anne Thiebaud. Once she split from Mutt, she became close with the Marie-Anne's equally-betrayed husband, Frederic Thiebaud ... who Shania later married.

In her book, Twain says she ran into Marie-Anne only once after she found out about the affair, but had a "panic attack" and couldn't find the right words to say to her.

Last night, Andy Cohen asked her to reveal what she'd tell her now, if they ever came face-to-face again.

"I wish I'd never met you," she said confidently. "That would be it. You panic in those situations, you don't know what to do. I think there are some people in life you would say 'I would have been better off not ever knowing that person.'"

She admits that her life is in a great place now though, conceding "I learned a lot from that. I don't regret it."

Cohen also asked her to reveal how much money she made off her record-breaking album "Come on Over" ... and which "Divas Live" costar was the most difficult to deal with. Find out which question she skipped by watching the video!