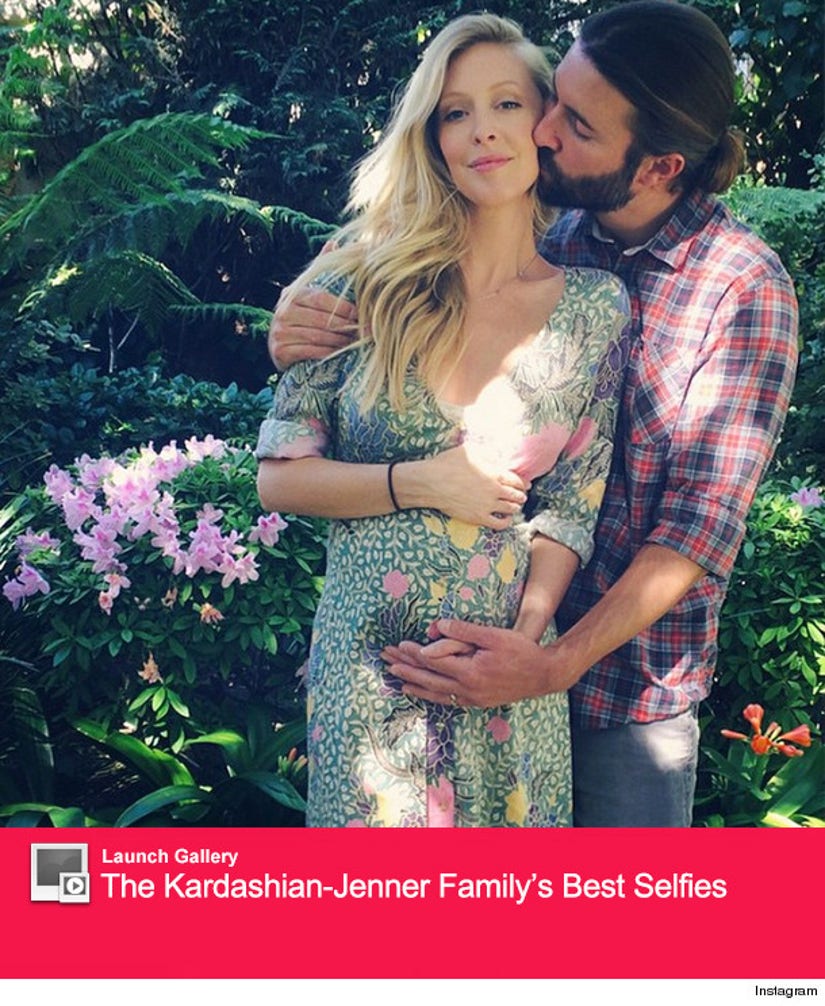 Baby Jenner on board!

Musicians and "Keeping Up with the Kardashians" regulars Brandon Jenner and wife Leah are expecting their first child together, the two announcing the news via Instagram on Sunday afternoon ... right before the season 10 premiere of the E! reality show.

"Well, it's time we share the good news. We're having a baby," Leah captioned the photo above, where we get a great look at the singer's growing belly.

In the pic, Bruce Jenner and Linda Thompson's oldest son together kisses his wife on the cheek, while holding onto her hand and stomach. This will be the first kid for the couple, who tied the knot in Hawaii back in 2012. The duo also perform together in the indie band Brandon & Leah.

Leah, the daughter of Eagles guitarist Don Felder and wife Susan, recently opened up about how she and the reality TV star -- who also appeared on Fox's short-lived series "The Princes of Malibu" -- first met.

"We started playing [music] in high school together. I had a boyfriend, he had a girlfriend. And then when I was single one day, he was single one day and he came up to me and he's like, 'I've been in love with you since you were 11 years old,'" she said during an interview on Brody Jenner's podcast.

Brody then chimed in saying "The boyfriend at the time was me. That's what made it really awkward."

The two then admitted they briefly dated when they were 11 years old ... and it only consisted of beating each other up and playing basketball. "You didn't kiss, you don't make out, you don't hold hands," Leah added.

Glad to see things did work out with Brandon though -- congrats to the happy couple on the big news!