Brittany Snow has a great sense of humor!

The "Pitch Perfect 2" actress stars in a brand new commercial for Lipton, where she freaks out on set after being fired by the director.

In the funny promo, the actress is auditioning for a spot in Lipton's "Bubble" commercial ... but things take a turn for the worse when she continues to mess up her lines and eventually loses her cool.

Turns out, this isn't the first time the "Prom Night" star has been dissed by a director! Snow revealed in a statement to toofab that, while she's never experienced anything quite as bad as the director in the commercial, she has been teased on set before.

"I don't think anyone has been that rude to me like the director in the spot was. I have been told by a director once... 'OK, this time you did the scene wasn't THAT bad.' I had to laugh," the 29-year-old explained, when we asked if she's ever dealt with something similar in her own career before.

Lipton, likewise, just dropped a second promo for the drink ... where Brittany returns to set basically begging for the gig. Check out the funny clip below!

We think the red-headed beauty has some great comedic chops -- what do you think about Snow's statement? Tell toofab in the comment section and check out more '90s teen stars then and now in the gallery below! 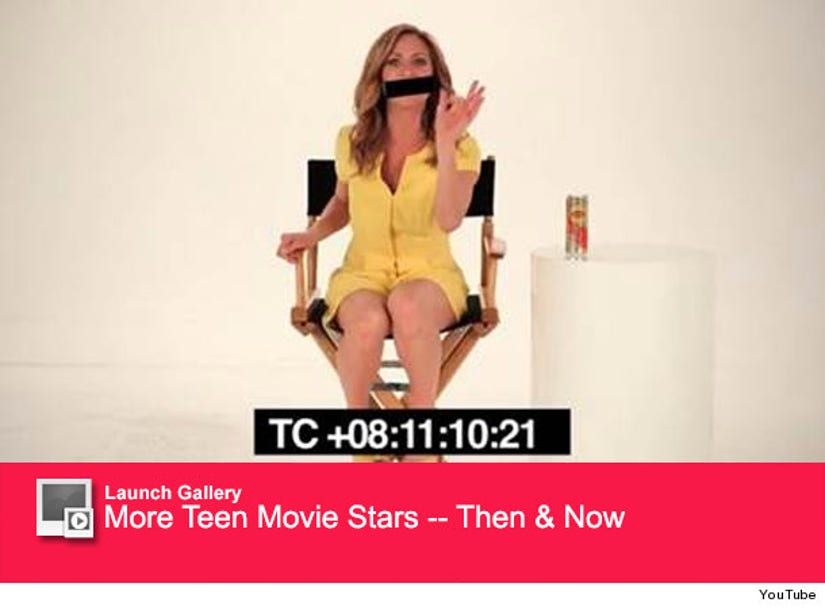