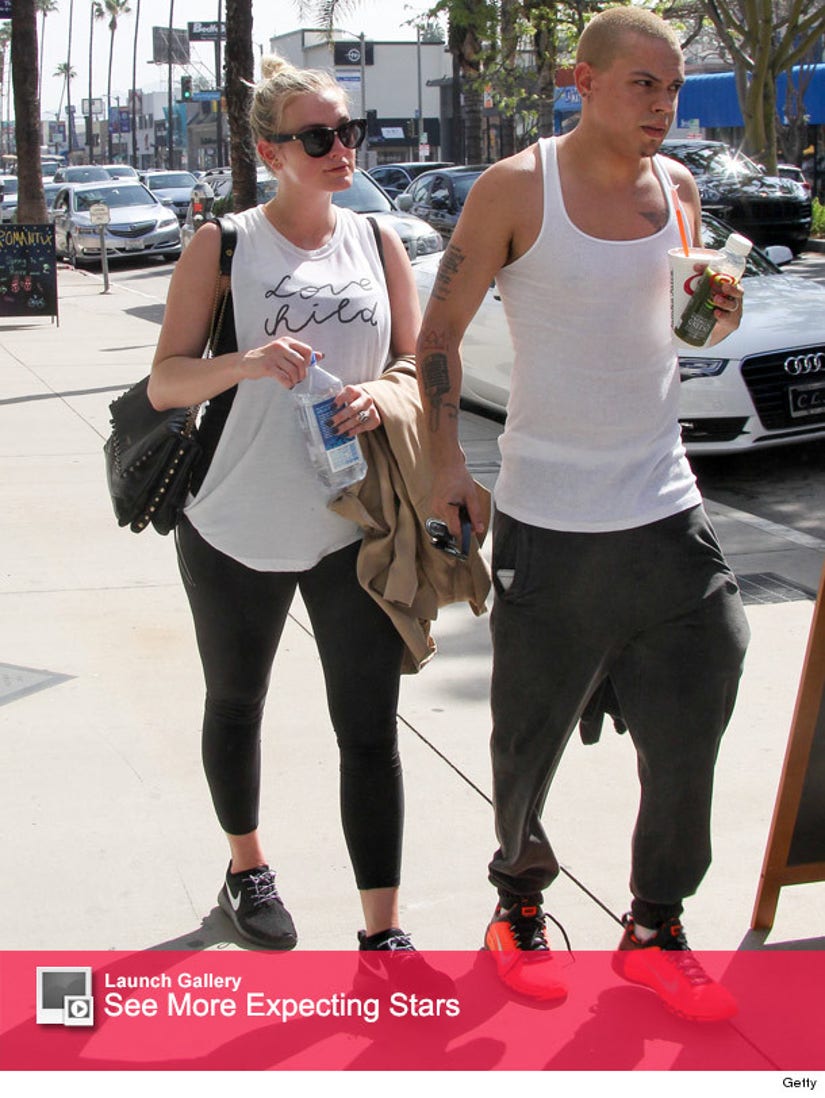 Working out for two!

The expecting star was glowing (and a little flushed) as she hit the streets with Ross after their gym session. Simpson looked comfy in her white sleeveless tank, black leggings and giant sunnies -- we also got a glimpse at Mrs. Ross' budding baby bump!

The cute couple tied the knot last August in Greenwich, Connecticut at the home of Evan's mother, Diana Ross. The newlyweds likewise announced last December that they were expecting a baby girl together.

This is their first child for the newlyweds and the second for the singer who has a six-year-old son, Bronx, with ex-husband Pete Wentz.

Simpson's son sounds like he's pretty excited to have another sibling, too! "He wanted to have a sister, so he's really excited! He's got a little brother. Now he's going to have a little sister!" she told Us Weekly in February.

We can't wait to see the cute couple's newest family addition when she gets here!

What do you think about Ashlee's fitness routine? Tell toofab in the comment section below and click "Launch Gallery" above to see even more expecting stars!