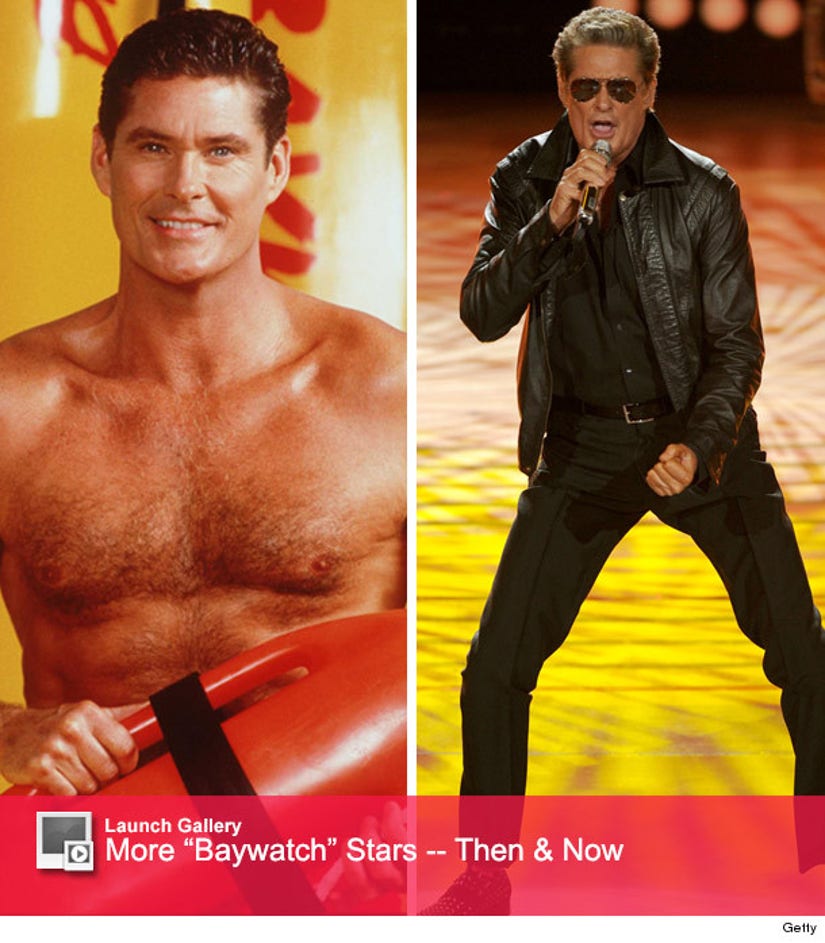 David Hasselhoff stopped by "American Idol" on Wednesday night and gave the audience a special treat when he took the stage to perform during the show's 80's night.

Ryan Seacrest introduced the "Baywatch" alum and asked the actor what he remembered most from the decade.

"I don't remember much about the 80's, but you know I had a great time," he laughed.

The Hoff then swapped his suit jacket and tie for a pair of shades and a leather jacket, before launching into his set.

But it was Rick Astley's "Never Gonna Give You Up" that sent the audience in a frenzy, bringing judges Harry Connick Jr, Keith Urban and Jennifer Lopez ﻿to their feet!

After the performance, The Hoff said his goal was just to get out there and have a good time. "I wanted to put a little humor in it and a little fun," he told People magazine. "Sometimes people just get up there and sing, and they've got a great voice, but who cares, you've got to entertain people."

Watch the video above to see what other songs he belted out!

What do you think of his performance? Sound off below, and click "Launch Gallery" above for more "Baywatch" stars, then and now!