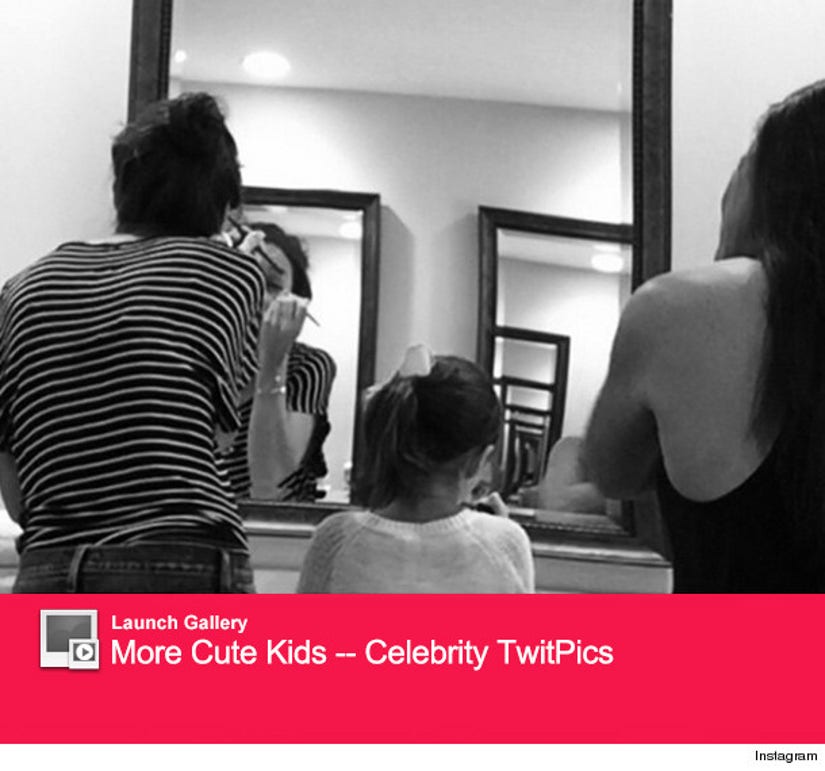 Katie Holmes took to Instagram to share a sweet snapshot with daughter Suri Cruise, standing in front of the mirror together for some special "girltime."

In the pic, the actress and her mini-me are both applying makeup as they stand alongside one of Katie's pals.

Even though the 8-year-old's face is covered, we love to see a rare glimpse of the young brunette beauty!

The "Dawson's Creek" alum has been creating a lot of buzz about her personal life, after rumors started swirling that she's dating Jamie Foxx.

While the 36-year-old star hasn't confirmed the romance, she is open about her love for her daughter.

"The most important thing for me is letting her know how proud I am and her accomplishments mean everything," she said during an appearance on "Today" last year. "Whatever I do is whatever. It's really just about her. That's what I think is most important."

What do you think of her new mother-daughter photo? Sound off below!