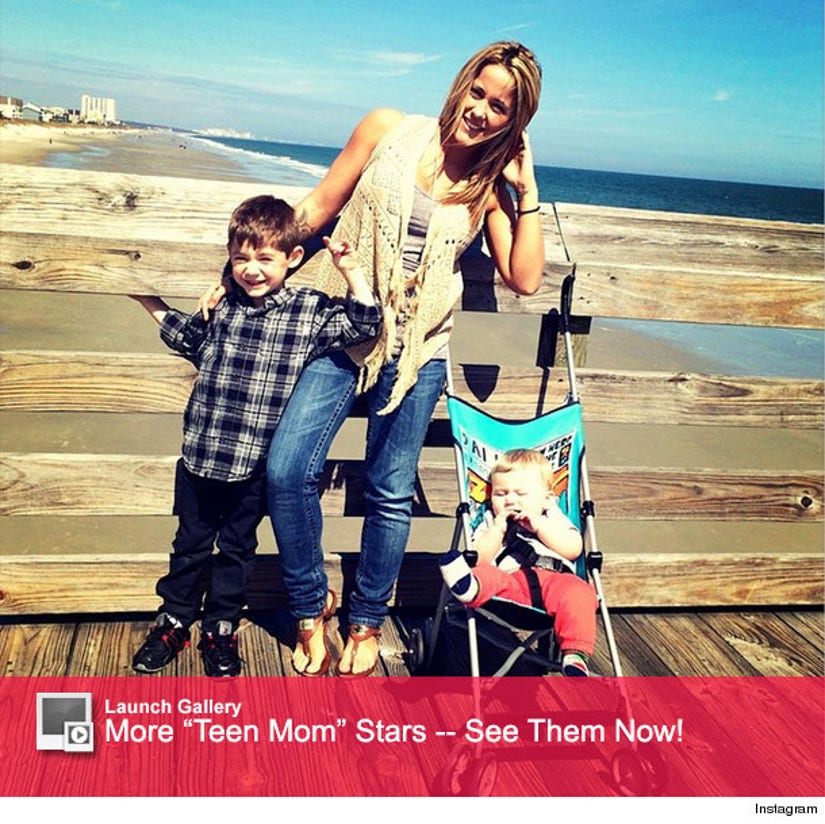 Jenelle Evans is very proud of her post-baby bod.

The tiny "Teen Mom 2" star took to Twitter on Thursday to reveal how much she weighs nine months after giving birth to her second child, son Kaiser.

"Weighed myself in class and went from 115 lbs the beginning of this month and now 108 lbs! Sweating and working out is paying off," she tweeted to her 1 million fans.

After one of her followers asked how she did it, the 5'1" reality TV star added "I don't drink protein shakes.. low carb diet, only water to drink, chicken/steak, veggies, cardio, and home workouts. Shredz supplements , Niacin, Biotin.”

Evans showed off her svelte frame in an Instagram pic from over the weekend, where she's seen with sons Kaiser and Jace by the beach.

The weight loss tweets come after Evans' baby daddy Nathan Griffith was arrested for domestic violence earlier this month. According to TMZ, the two were fighting over her engagement ring -- Griffith wanted it back, and Evans told police he pinned her against a toilet and ripped it off her finger, leaving a cut.

Jenelle has been pretty silent on the matter online, not mentioning her estranged fiance on her social networking pages at all.

She did, however, tweet "New chapter to begin in my life" last night.