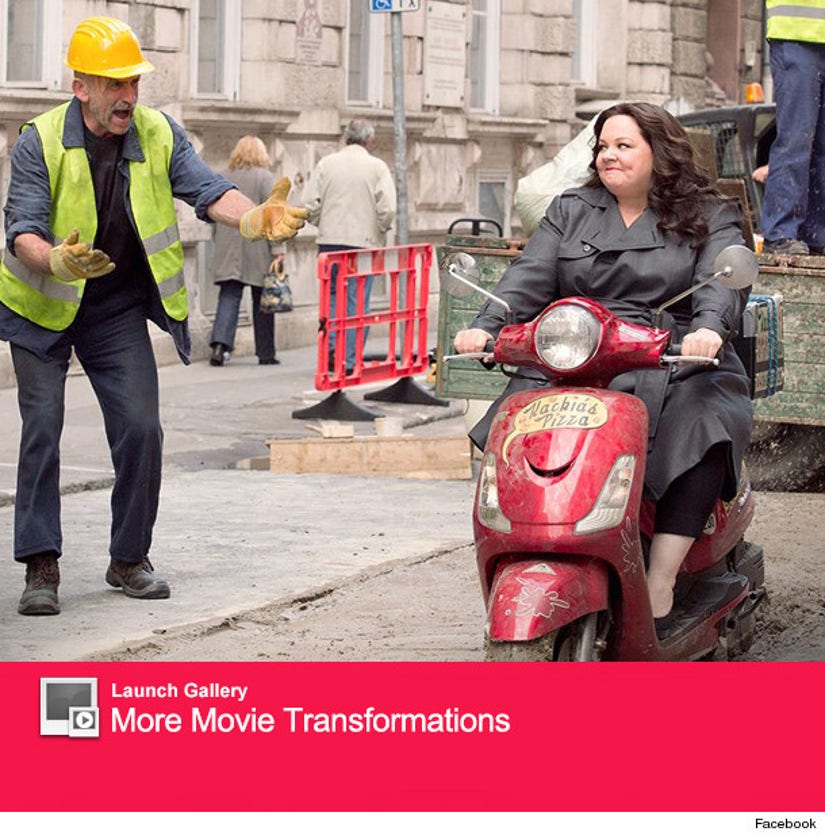 Melissa McCarthy is getting her James Bond on.

This time around, McCarthy plays Susan Cooper, a deskbound CIA analyst who leaves her cushy desk job to go undercover and invade the world of a deadly arms dealer.

Rose Byrne, Jude Law, Allison Jannery and Jason Statham co-star in the flick, which is McCarthy's third film with Feig. The director previously helmed "Bridesmaids" and "The Heat," as well as the upcoming "Ghostbusters" reboot.

"Spy" already had its world premiere at the SXSW Film Festival earlier this month, where Feig opened up to toofab's Brian Particelli about working with Melissa again and what inspired this movie.

"When Melissa was over my house one night, she was like 'What have you been working on?' and then was like 'Oh, can I read it? I love spy movies,'" the Oscar-nominated director said of the film's genesis.

"I didn't even write it for Melissa, because I didn't think she was available because we were ending 'The Heat,' I wanted to go into the movie right away and she was busy on 'Mike & Molly,'" he continued.

"Then she read it and called the next day and said, 'I got to do this.' Then I pushed the schedule back so she can do it. Why would I not want her to play that role?! And it just really worked out perfectly," he said.

Like their past collaborations, "Spy" also brings the focus to women.

"I just want to keep these people working and Hollywood isn't giving them enough roles now," he says. "I just hate to see talented people not get the work."

"Spy" hits theaters June 5 -- do you think Melissa has what it takes to be the female James Bond? Sound off below!