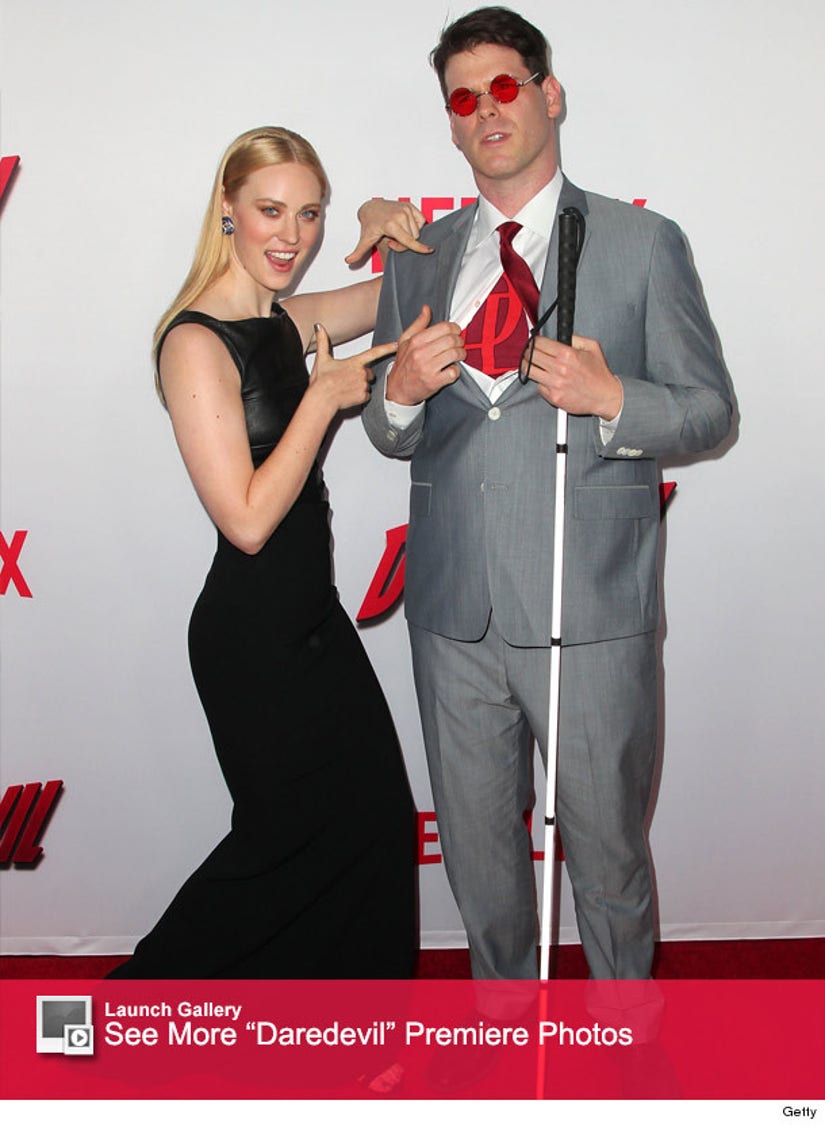 Now that's how you get into the spirit!

"Daredevil" star and "True Blood" alum Deborah Ann Woll hit the red carpet for the big premiere of the new Netflix TV series -- and she was joined by her very own version of the classic Marvel superhero.

The actress' longtime boyfriend, E.J. Scott, was dressed as Matt Murdock himself ... sporting the character's red shades and proudly showing off the "DD" emblem on his chest.

Like the superhero his real-life girlfriend shares the screen with, Scott is also legally blind.

"Right now my vision is like looking through a paper-towel tube," he said in an interview with Cosmo back in 2013. "If I look at Deborah's eyes, I can see her face. But if she puts her hands out, I can't see them."

"There will be projects I do that he'll never see," Woll added in the same interview. "It's the small things that get me -- reminders of how different our life is going to be, having to decline picnics with friends. When I get upset, E.J. hugs me and says, 'It'll be OK -- we love each other, and we'll get through this."

"He is a hero. My favorite part of E.J. is his spirit, and our connection," she continued. "Yes, things have been hard, but I've always known he was the guy I'm supposed to be with."

The two have been together since 2007, after meeting on Match.com.

Joining them at the premiere were series stars Charlie Cox and Rosario Dawson, who looked gorgeous in a color-blocked Roksanda dress. Check out the photos above!

All 13 episodes of "Daredevil" hit Netflix on April 10.