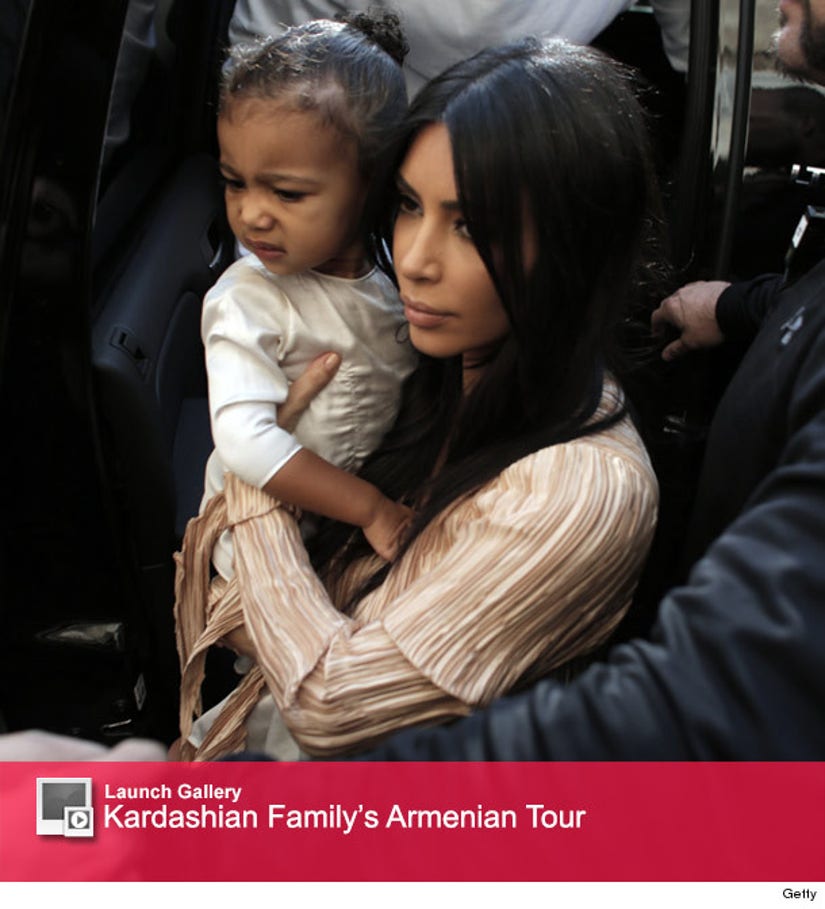 The Kardashians have been taking over the middle east for the last week -- but Monday probably marked one of the most memorable moments for the "Keeping Up with the Kardashians" stars.

The famous family first made headlines during their time Armenia last week, where they met with the Prime Minister of Armenia, Hovik Abrahamyan and visited the Geghard Monastery.

This week, the famous family headed to Israel, where Kim Kardashian and Kanye West had their baby girl, North West, baptized in the Armenian Quarter of the Old City of Jerusalem.

During the ceremony, Khloe Kardashian took on the role of Nori's godmother, according to E!.

After the special festivities, Kim, Kanye, Khloe and baby West headed to dinner with the mayor of Jerusalem, Nir Barkat, at Mona Restaurant. At dinner, the group reportedly discussed the various historic places to visit during their stay in Israel and greeted fans while inside the restaurant.

It definitely sounds like the reality stars are making this one of their most special trips to-date!

What do you think about baby West's baptism? Tell toofab in the comment section below and click "Launch Gallery" above to see more photos from their time in Armenia!