Kevin Spacey might play the President on TV, but he sure doesn't know a whole lot about U.S. history!

The actor stops by Tuesday's "The Ellen DeGeneres Show," where he plays a presidential trivia game with an expert challenger, a little girl who goes by the name Macey.

Check out the cute clip above to see how Spacey stacks up against the adorable little girl!

While Macey tried to give the "House of Cards" star time to answer the questions, Spacey still didn't know most of the right answers ... he also kept blurting out "Matt Lauer" whenever he didn't know what to say.

Earlier in the episode, the 55-year-old gets candid about his strong connection to Boston and reveals why he named his dog after the Massachusetts capital.

"Yeah, I have a really strong connection to the city of Boston. I shot a couple of movies there. We did 'Social Network' there. We did 'Twenty One' there I have a lot of friends there. It's got a great theatre community. I go there all the time," the actor explains in the clip.

"So I suppose like anybody I was glued to the television when it happened the bombing and I was both incredibly upset, but I was also really impressed in how the city was responding and I felt like I wanted to do something so I picked up a phone I called the mayor of Boston and asked if I could come very quietly and I spent five days in Boston. And really I was there to try to meet as many survivors as I could and doctors and nurses, surgeons but as we were about to go into the emergency room to start to meet the doctors and the nurses the woman administrator who was helping us said, 'well before we go into the Emergency Room would you like to see the truck full of puppies?' And I said, 'well of course I'd like to see a truck full of puppies."

The "American Beauty" star ended up falling in love with one of the abandoned pups and decided to name his new companion after the amazing city.

What do you think about Kevin's candid comments? Tell toofab below and check out the gallery to see more men of the '90s then and now! 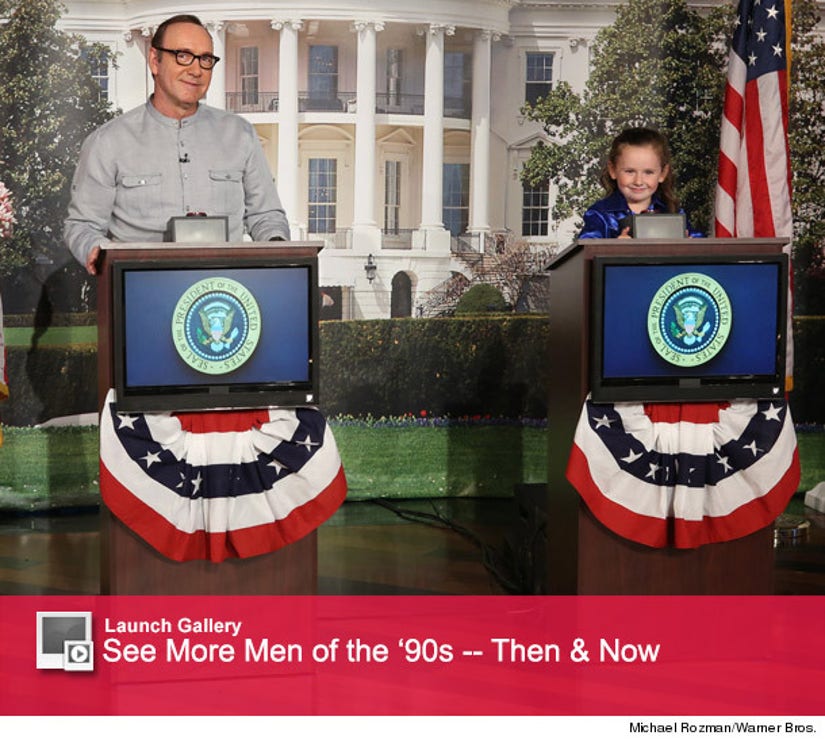