The actor shared a new video with his son Axl Jack via Facebook on Thursday. In the cute clip, the "Safe Haven" star and his adorable little boy are both lying down next to each other counting off numbers.

Josh and Fergie -- who welcomed their blonde cutie in 2013 -- still make sure they're both equally involved in their son's life.

"My husband and I made a two-week rule," she said of how long they spend apart in the January issue of Allure magazine. "We've already talked about how we're going to have to trade off. He's going to have to come on tour with Axl for a while, and then there'll be a break. He'll take a job; I'll be on set with Axl."

It definitely looks like the cute couple are doing an amazing job raising their little boy -- what do you think about Josh's video? Tell toofab in the comment section below and check out the gallery to see more cute celebrity kids! 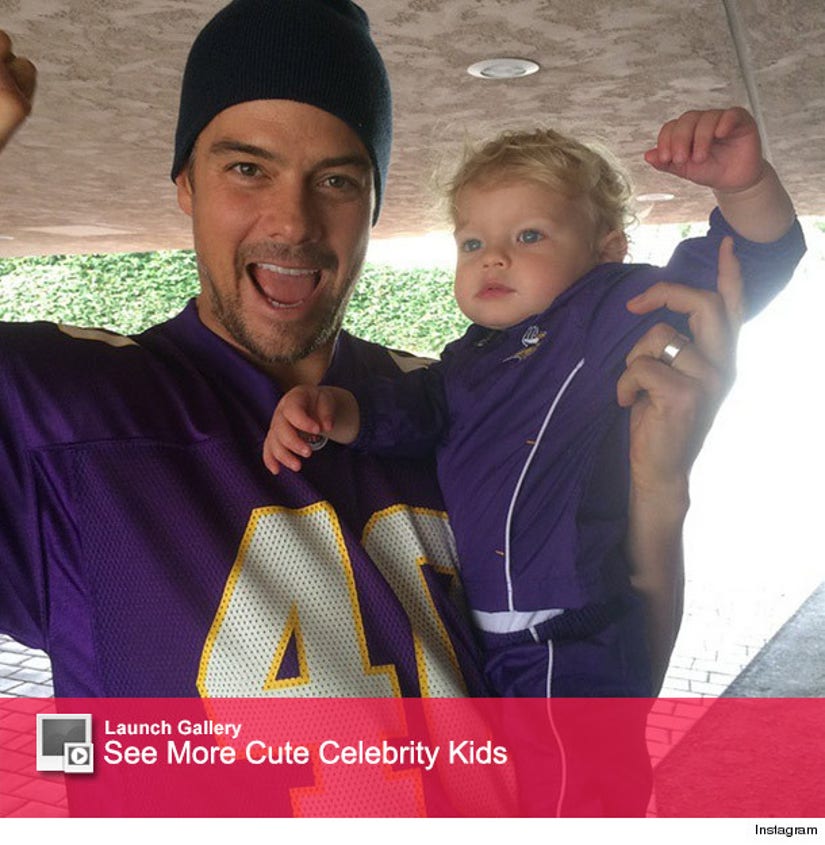