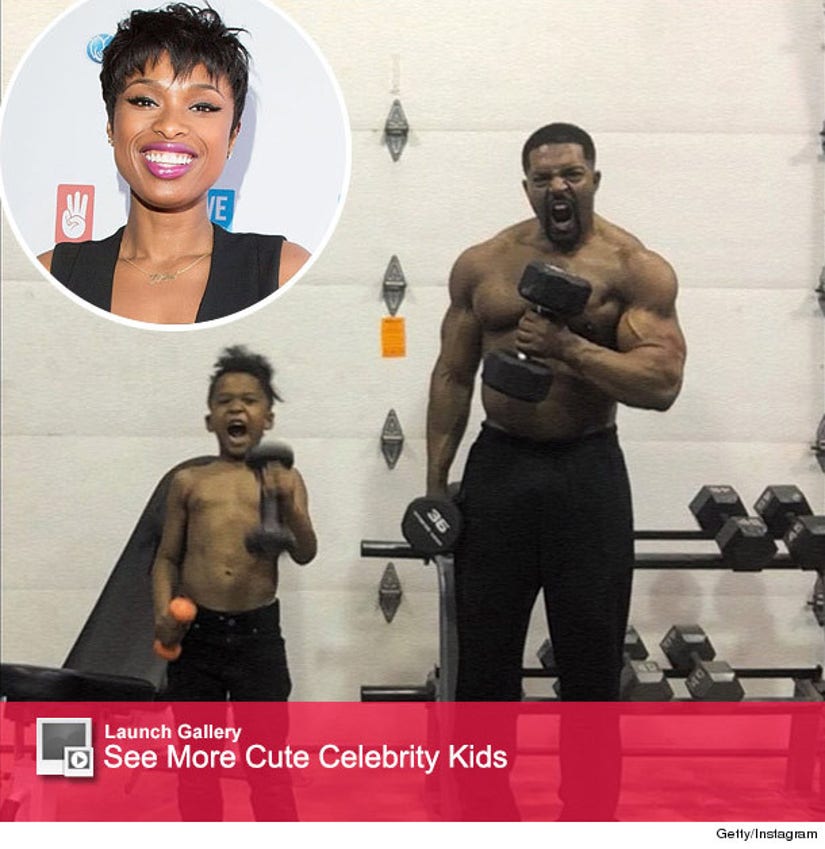 Jennifer Hudson's five-year-old son David Jr. is already following in his father's WWE footsteps by pumping some iron with his dad at the gym.

David Otunga took to Instagram to share a sweaty snapshot with his tiny tot, where the father-son duo are seen lifting weights with their shirts off.

"Late night training session with my workout partner, Mini Me," the proud papa captioned the cute candid. "I want to work out with you every day Dada. #Flattered."

Not only do they look alike and dress the same, but they even have the same fitness face! 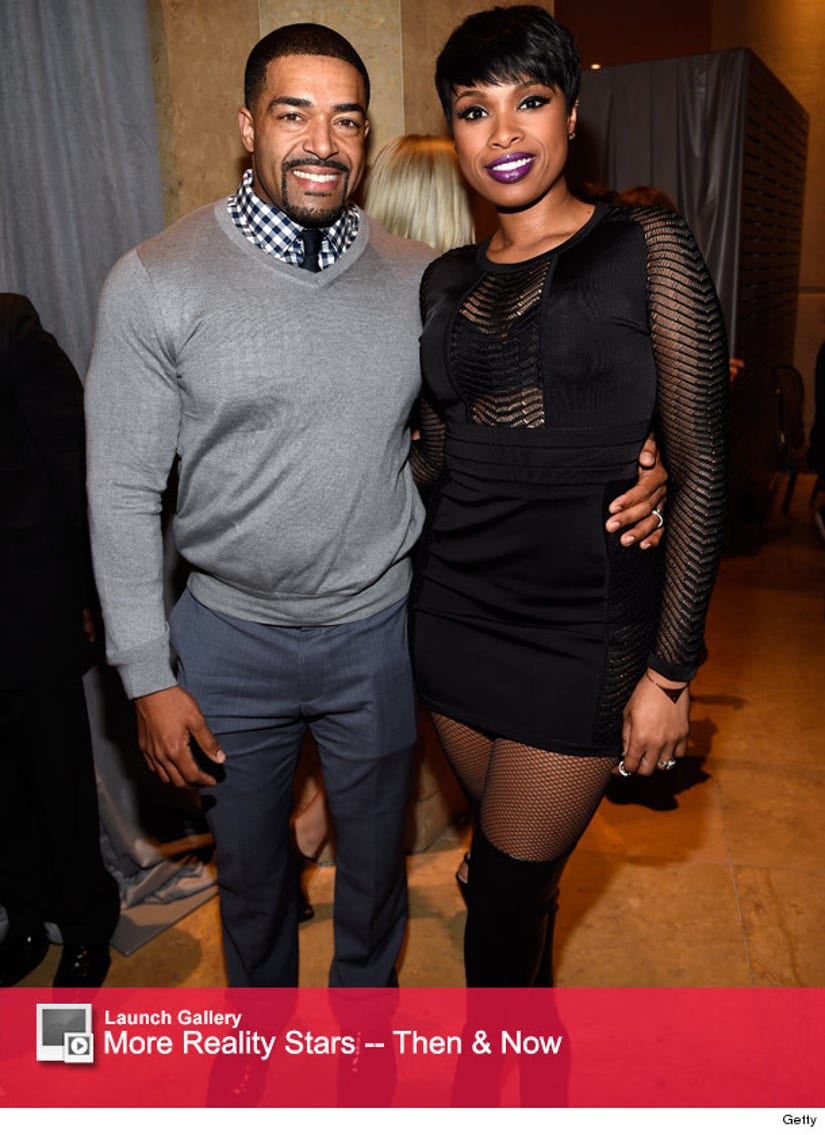 Even though little David could get some pointers from his professional wrestler dad, he actually likes to wrestle with his mom!

"David Jr. actually wants to wrestle Mommy and sing to Daddy," the "American Idol" alum told Parents magazine. "He gets our jobs mixed up. I ask, 'Can we sing a song and you wrestle daddy?' Instead, he pulls the microphone out to sing to his father and then he tries to knock me over the head, take me out, and then count up to three by holding me down."

"We watch the WWE shows together, but then he loves to act it out on Mommy and be rough with me," she added. "He has his own blow-up wrestling ring, he loves his dad's action figures, and he likes to jump off the couch. I was so worried that he would hurt himself that I created a pillow room where he would be perfectly safe. Now he can jump off of the bed, land on the pillows, and think he's really wrestling."