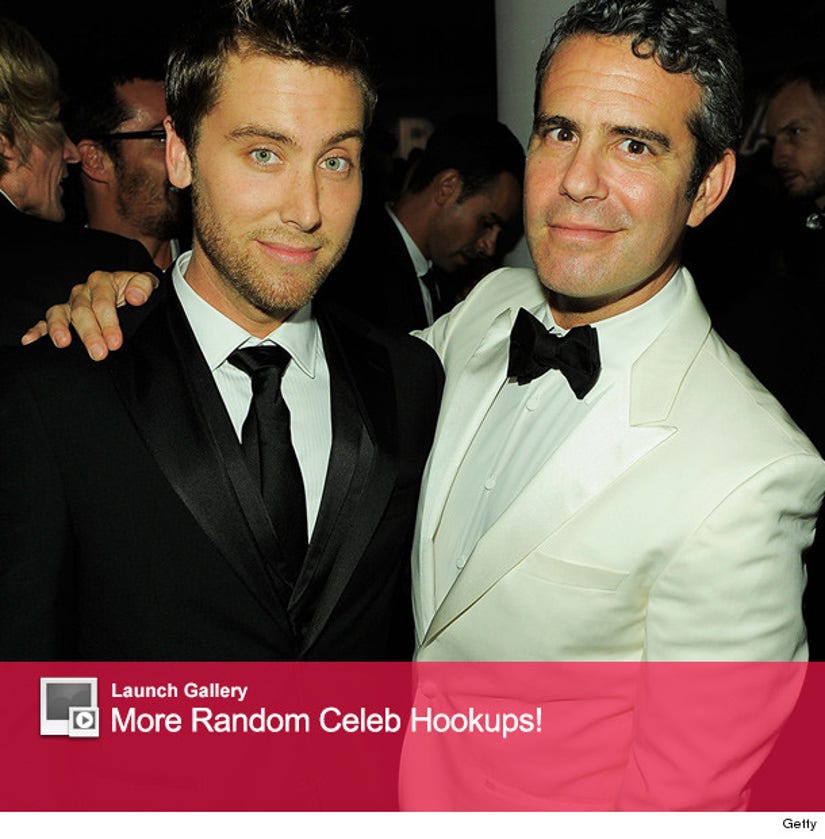 Andy Cohen was the talk of the Internet on Thursday, after he revealed (for the second time) that he once hooked up with Lance Bass.

Though he's talked about it in the past, apparently everyone forgot -- and Cohen reminded us all on "Watch What Happens Live" this week, after Sonja Morgan asked him to reveal the most famous person he's been with.

"The most famous person I ever slept with I guess is Lance Bass," he replied, thus setting off a firestorm online.

In previous interviews, Lance himself admitted that the two kissed back in the day -- but he took to his radio show today to clarify what really happened between them.

"First of all, I'm not going to tell you what I do in the bedroom. Sex is a broad term ... like 'Andy banged Lance,' when did he ever say that? This is an old story," Bass said on his SirusXM radio show "Dirty Pop" on Thursday.

"Three years ago we told everyone we hooked up," he continued. "Now it's getting into who did who? I can just tell you right now, there was no Andy D going in my B. I'm not going to tell you what went down, but it's not what people are thinking."

As for why he said they only locked lips in the past: "Why would I get into details?!"

Lance went on to say the two hooked up after the NSYNC star had gotten out of a bad relationship.

"It just happened that Andy was with me on this vacation. It was so nice and romantic, and it was just a nice time," he explained. "It was one of those things where I needed someone to hold onto."

Bass' husband Michael Turchin also reacted to the re-reveal on Twitter -- and it's clear there's no awkwardness between any of them!