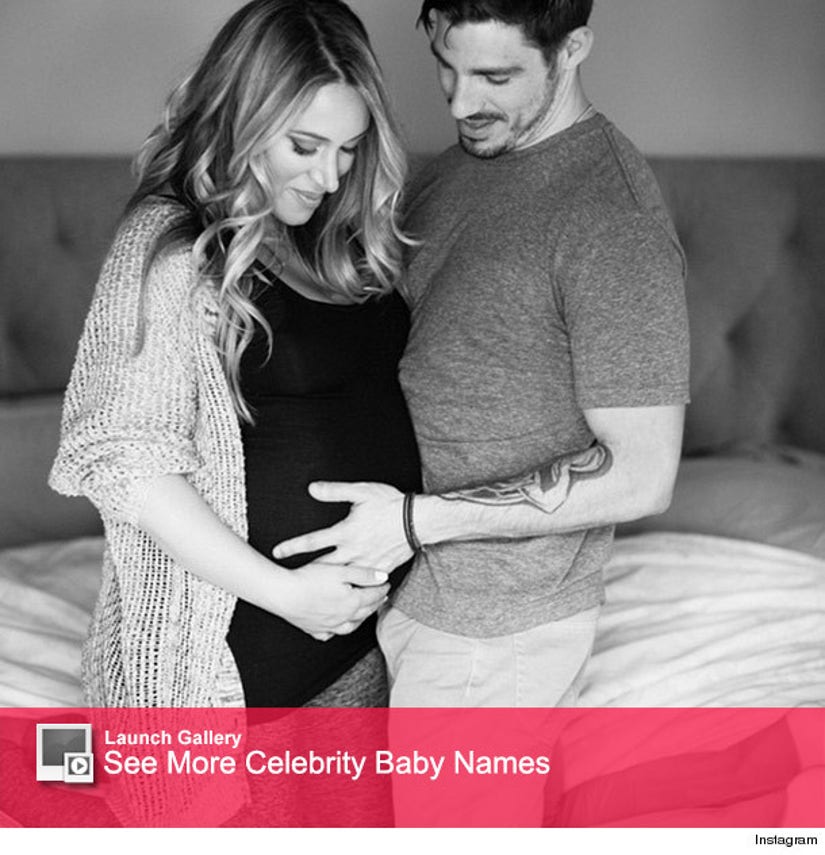 Haylie Duff and fiancé Matt Rosenberg are the proud parents of a newborn baby girl, who the two have named Ryan. According to E!, Haylie's labor was induced over the weekend.

No other details about the child's birth have been released.

The couple announced last year that they were expecting their first child together and the actress has been very open about how she wanted to stay active throughout the pregnancy.

"I did Soul cycle through my whole pregnancy and I go on walks with friends," she told Racked Miami.

The 29-year-old also admitted that her workout regimen was making Rosenberg a "little nervous."

"He's like, don't push yourself too hard. I'm like, I got it! I'm fine. I'm just trying to move. Go on walks. I'm not trying to put too much pressure on myself either way," Duff explained to E!

Haylie and Matt put their wedding plans on hold due to the pregnancy.

"It's pretty cool to think our daughter is going to be at our wedding," says Duff. "We still talk about things we want to do [for the wedding], but it's a big change with the baby coming. We're just trying to focus on one thing first and then we'll do it."

Congrats to the growing Rosenberg family!