Susan Sarandon stopped by the "Late Late Show" on Tuesday, where she and James Corden created a few alternate endings for the 1991 cult classic.

Check out the funny video above to see how the drama could have ended!

While we just see Geena Davis (Thelma) and Sarandon (Louise) drive off a cliff in the original, James and Susan revealed what could have happened if the two outlaws didn't meet their ultimate demise.

Corden takes over for Geena, playing the role of Thelma in the parody while rocking a short blonde curly wig in the hilarious clip.

"What the hell was that? Why did you just drop off the damn cliff!" Corden says to Susan in the video. "I said let's keep going! It was a metaphor, Louise! A metaphor! Like keep going in life. You owe me an apology."

In another alternate ending, the pair land perfectly safely on the ground ... thanking the car's "shocks" for their survival and use the moment to plug an autobody shop. And in another bit, James and Susan argue over their emotional goodbye kiss.

Which ending do you think the best? Tell toofab in the comment section below and check out the gallery to see more ladies of the '90s then and now! 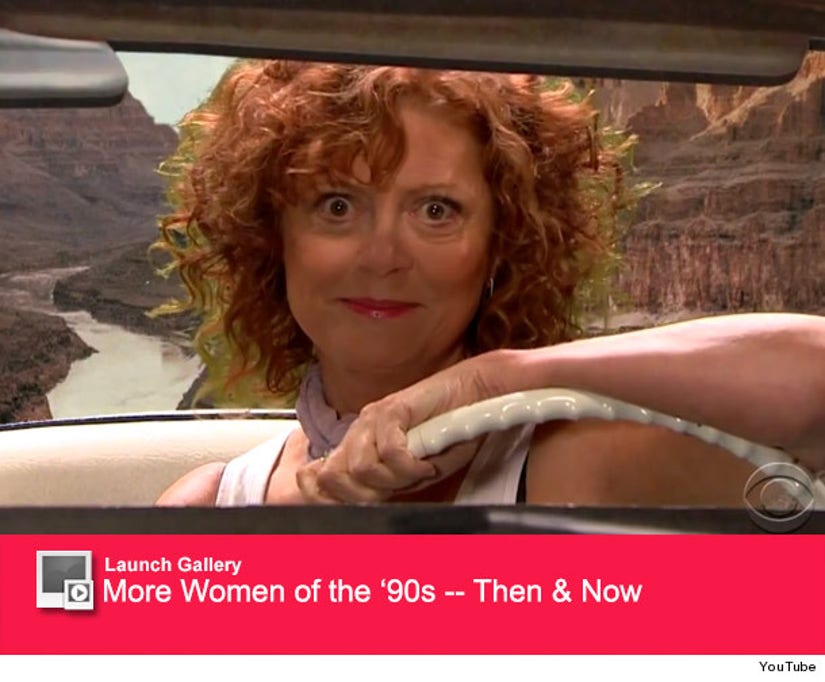