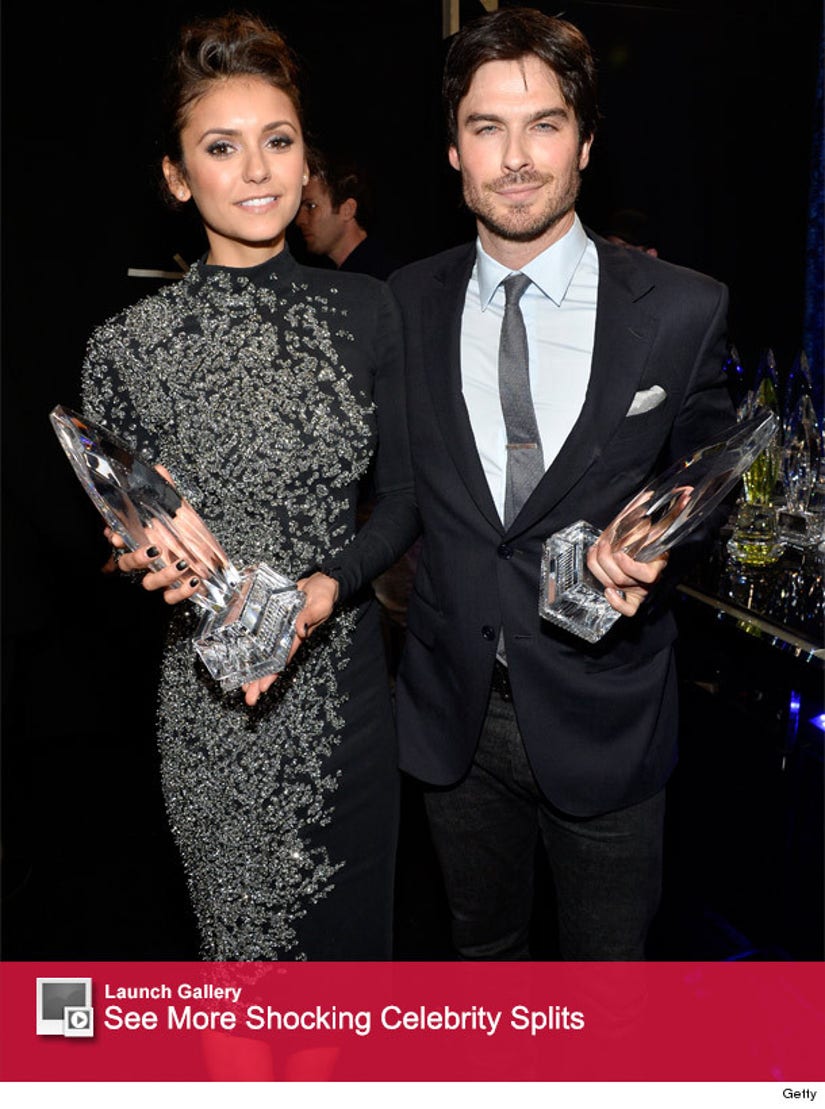 Nina Dobrev may be ﻿leaving "The Vampire Diaries" after six years -- but the actress insists it has nothing to do with her ex-boyfriend Ian Somerhalder.

After fans speculated that was the reason behind her departure, the star set the record straight during an interview with E! News on Tuesday.

"I've said this before, that we didn't break up because anything bad happened or because there wasn't love or friendship," she told Maria Menounos.

"I love him and the friendship is still strong and I think he's great and I care about him. And that didn't change. Yes, we're professional and that's fine. We were friends long before we dated and we still are now." 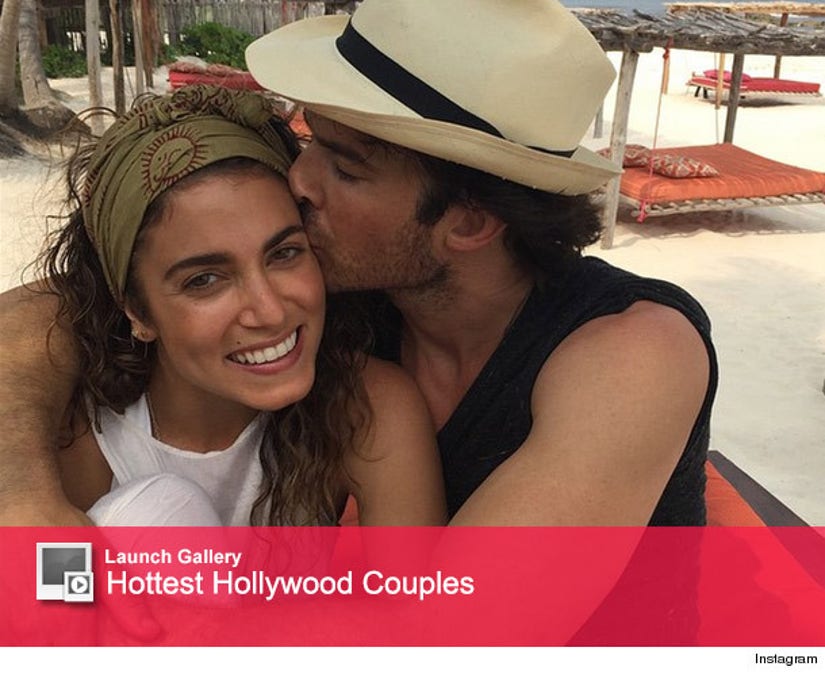 As for her feelings on her co-stars wedding, the 26-year-old -- who split with her former beau in 2013 -- couldn't be happier for Ian and his new wife Nikki Reed.

"When I heard about the wedding, I thought it was beautiful," she said. "They look happy and I am happy, and so I don't see why there should be a problem with that. Of course, we're on a teen drama show, everyone's going to look for drama, I just ignore it."

The hunky 36-year-old tied the knot with the "Twilight" actress just last month following their engagement in January. The pair had only been dating for six months.

What do you think of Nina's candid comments. Tell toofab in the comments section below then click "Launch Gallery" for more celeb splits!