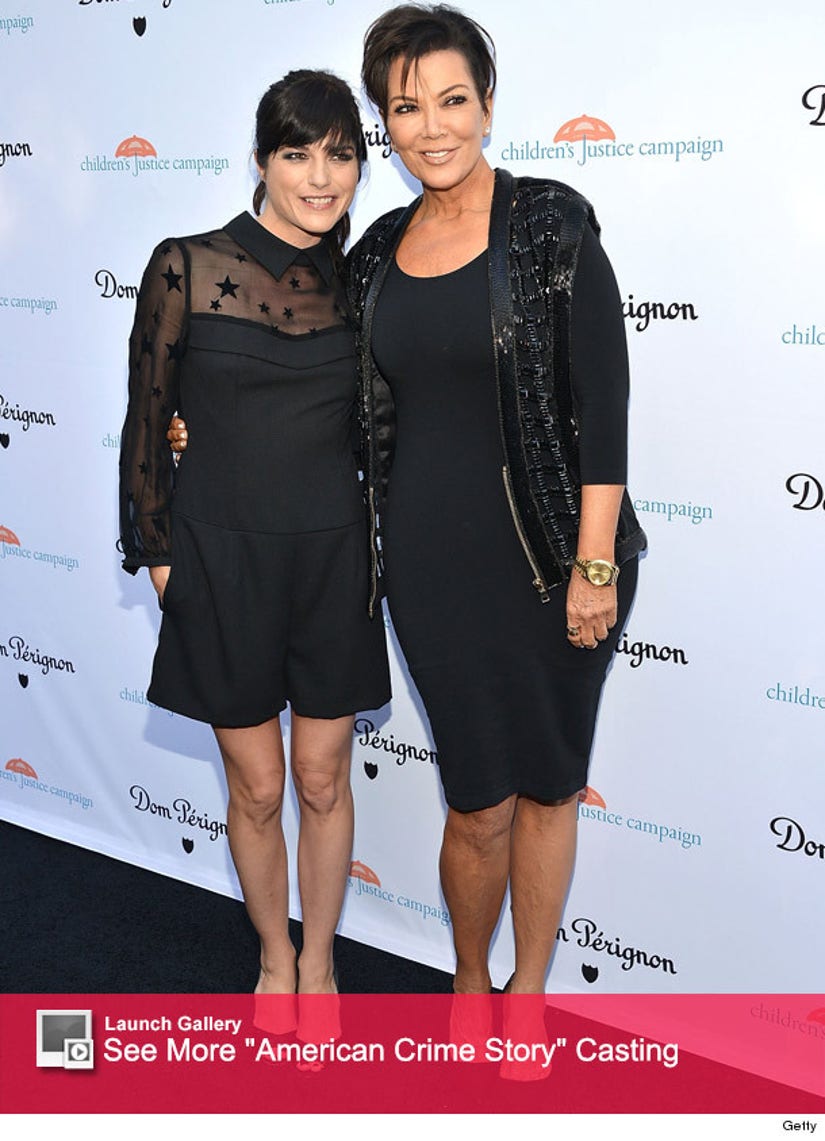 Selma Blair and Kris Jenner met for their very first time on the red carpet for the Children's Justice Campaign to support "Gossip Girl" alum Kelly Rutherford in Beverly Hills on Tuesday.

Selma recently snagged the role of Jenner for FX's new series, "American Crime Story: The People V OJ Simpson," and the pair looked like they definitely hit it off at the event.

Selma and Kris even wore matching black ensembles and took some selfies together at the charity.

The "Cruel Intentions" star sounds like she's really excited to play the Kardashian matriarch on the highly-anticipated series.

"She's such a presence," the actress told reporters on the red carpet. "You kind of have to get in her mind-set from like 20 years ago [with] this trial."

We can also definitely see a resemblance between the brunette beauties, too.

"People do say I look like Kris," the 42-year-old added, while admitting she's not sure what will happen to her long locks. "I think Kris' hair is the same. I'm not sure yet. It depends. I've had short hair though, like Kris, a lot. But that was when I was younger, and you can get away without having hair in your face."

We'd love to see the "Legally Blonde" star with the "Keeping Up with the Kardashians" momager's signature short 'do!

Do you think Selma is a good choice to play Kris on "American Crime Story"? Sound off below and check out even more casting from the FX series in the gallery above!