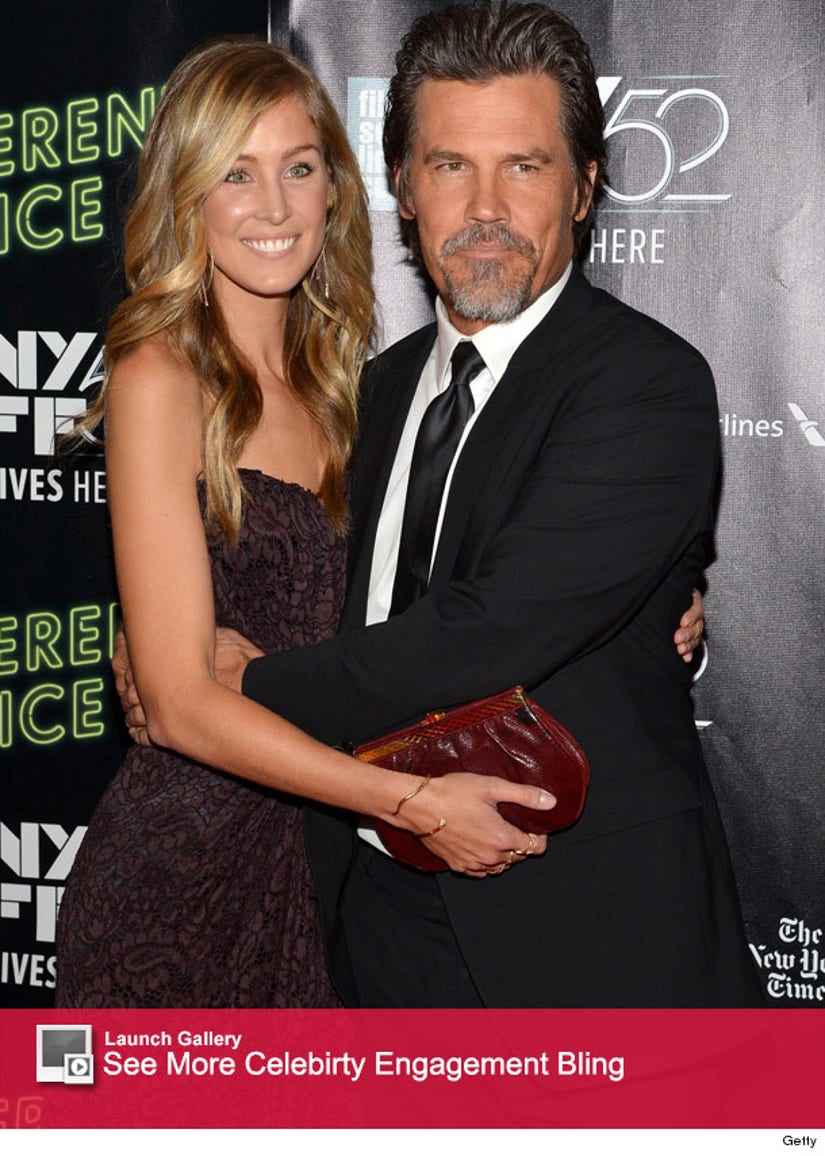 Josh Brolin is officially engaged to his assistant, Kathryn Boyd, the actor's rep confirms to to Us Weekly.

Sources close to the site say the the "Labor Day" star popped the question to the blonde beauty just last month. Josh and Kathryn recently vacationed in Cabo San Lucas, Mexico where they were spotted celebrating what looked like the next step in their relationship.

"They were with two tables worth of people so it was a big group, more than eight people," the witness told Us. "They had a fixed menu and it seemed like they were celebrating something ... It looked like a party and it seemed celebratory."

The cute couple first started dating back in March 2013 -- just one month after the "Gangster Squad" actor and ex-wife Diane Lane announced they were splitting. Their divorce was finalized in November of 2013, the same time Josh entered rehab for substance abuse problems.

What do you think about Josh's engagement news? Tell toofab in the comment section below and click "Launch Gallery" above to see more celebrity wedding and engagement bling!