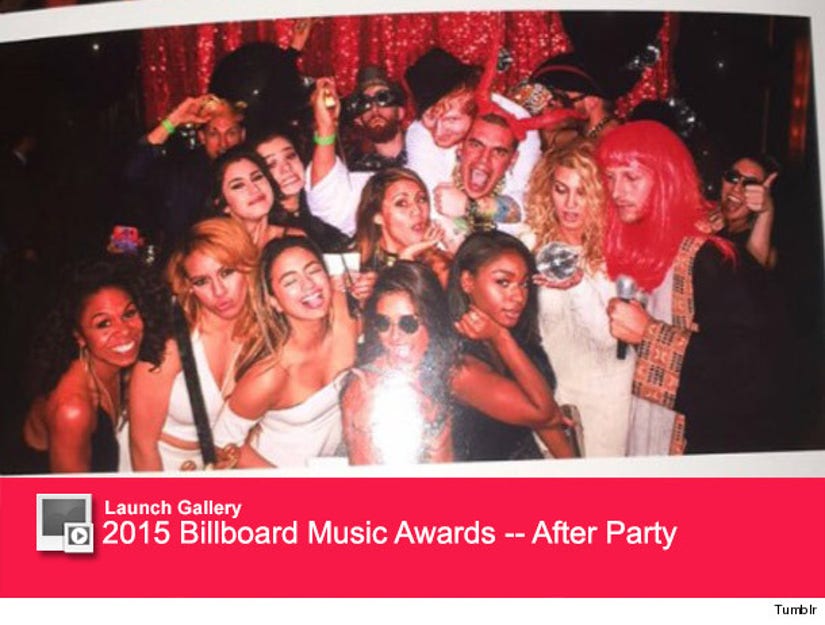 Taylor Swift and Calvin Harris couldn't keep their hands off each other after the Billboard Music Awards!

After cozying up during the award show on Sunday, the "Bad Blood" singer and her rumored beau were caught kissing at T. Swift's star-studded after-party in Las Vegas.

If you look closely, the couple is stealing a smooch in the upper right corner as famous pals including Ed Sheeran and the members of Fifth Harmony ham it up in the photo booth. 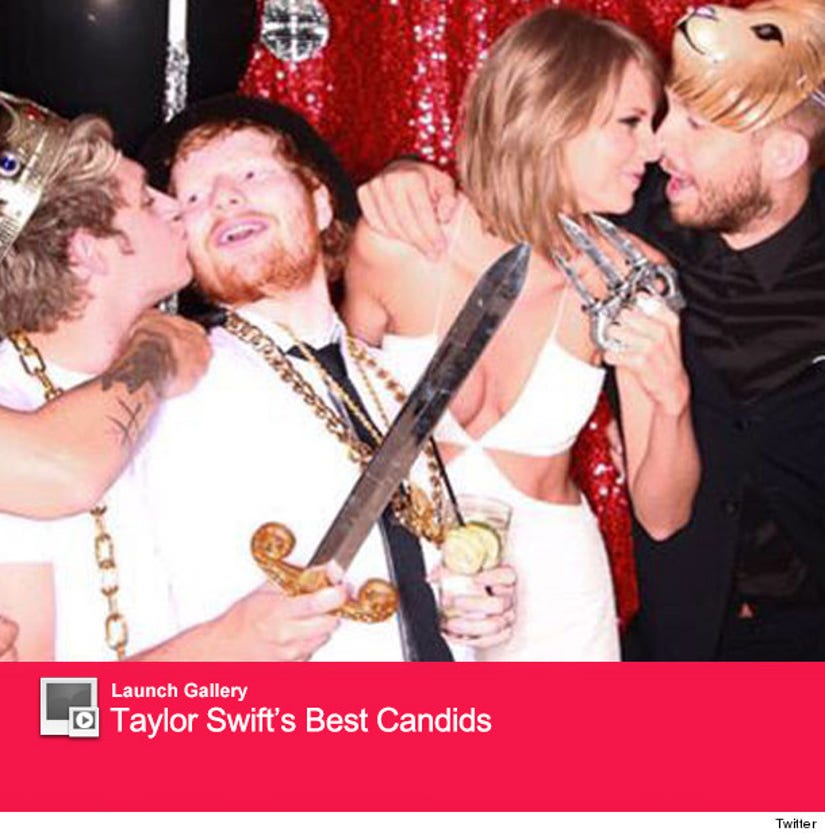 Other celebs in attendance at the post-show bash included One Direction, Jennifer Lopez, Adrian Grenier, Pentatonix, David Guetta and more!

Not only did Taylor have a hot date, but she also took home a staggering eight Billboard Music Awards earlier in the evening.

Check out the gallery above to see more crazy after-party pics and check out all of the red carpet photos below! 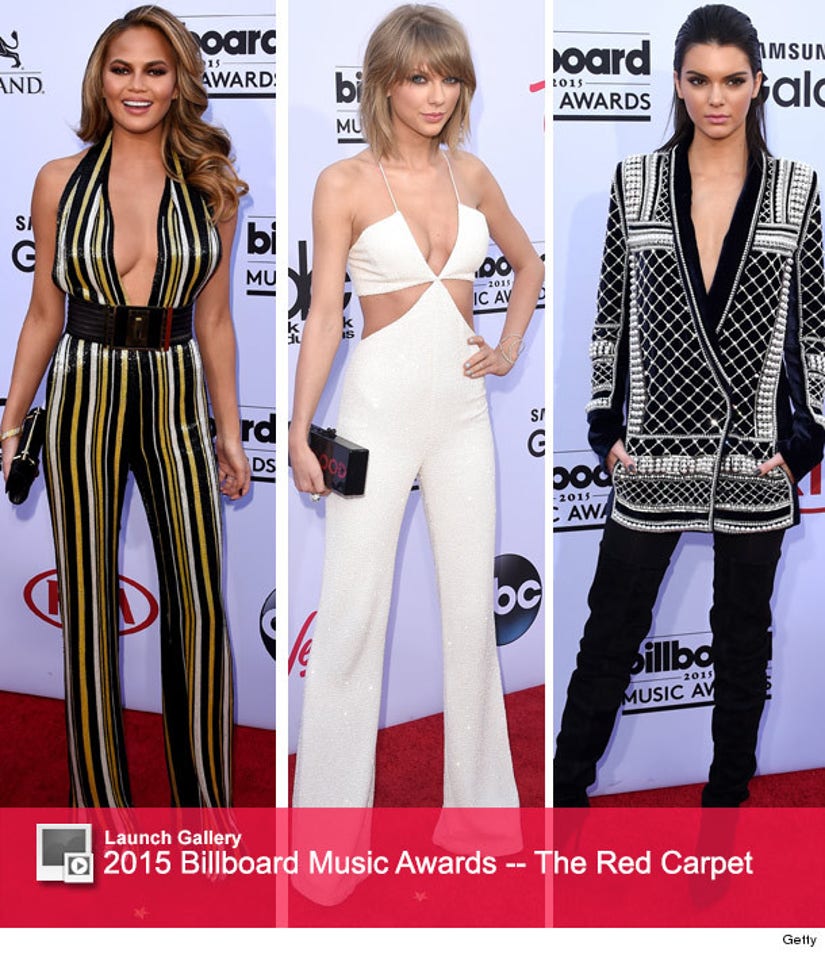