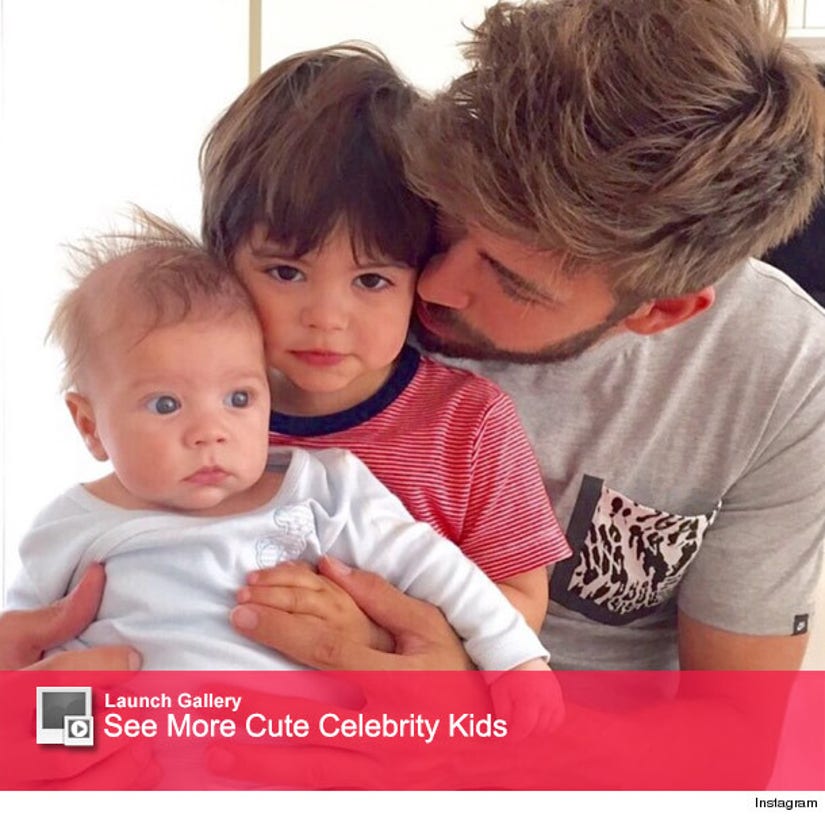 This might be the cutest photo you see all day!

Shakira's sexy fiance Gerard Pique took to Instagram on Monday to share a new family photo of him with his adorable baby boys.

In the photo, Gerard poses with his and the "Hips Don't Lie" singer's two beautiful boys, Sasha and Milan Piqué Mebarak.

The cute couple welcomed baby Sasha in January, and revealed where his special name originated.

"The name Sasha is of Greek and Russian descent and means 'defender of mankind' and 'warrior,'" the international pop star wrote on her website.

The cute couple first began dating in 2010 after Shakira performed at the 2010 World Cup, and welcomed their first son together, Milan, in 2013.

What do you think about Gerard's new family photo? Tell toofab in the comment section below and click "Launch Gallery" above to see even more cute celebrity kids!