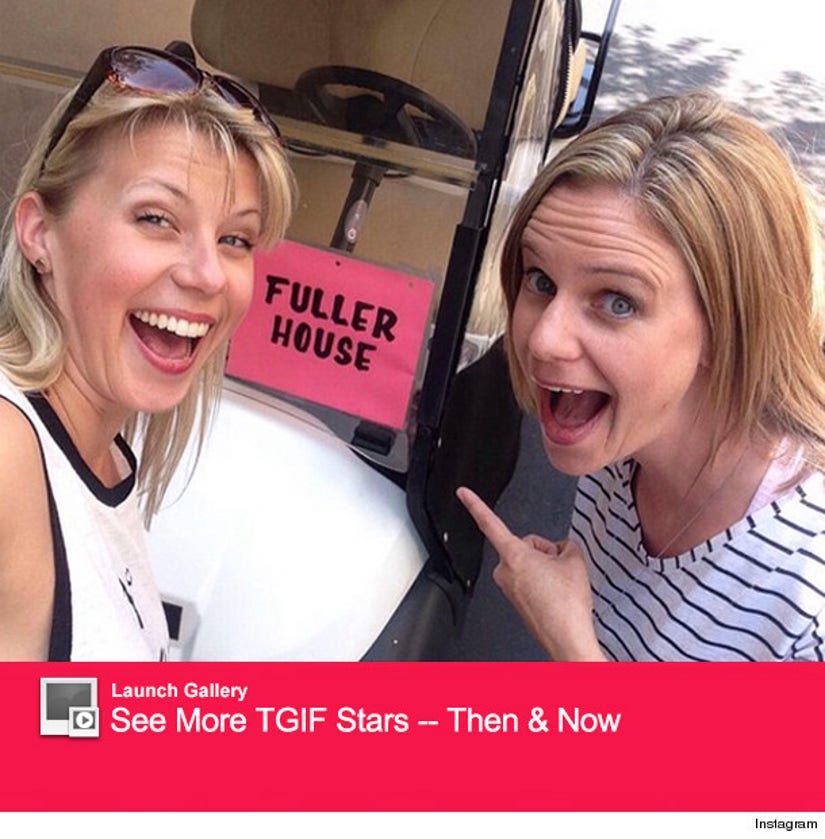 Our "Full House" favorites are back together!

Jodie Sweetin, who played Stephanie Tanner on the beloved sitcom, took to Instagram to share a sweet snapshot with Andrea Barber -- aka Kimmy Gibbler -- on the set of their Netflix reboot, "Fuller House."

"Also reunited with Andrea," the actress captioned the pretty pic with her on-and-off screen gal pal.

Not only did we get to see the first set photo today, but "Full House" fanatics also learned that Bob Saget is officially reprising his role as Danny Tanner! 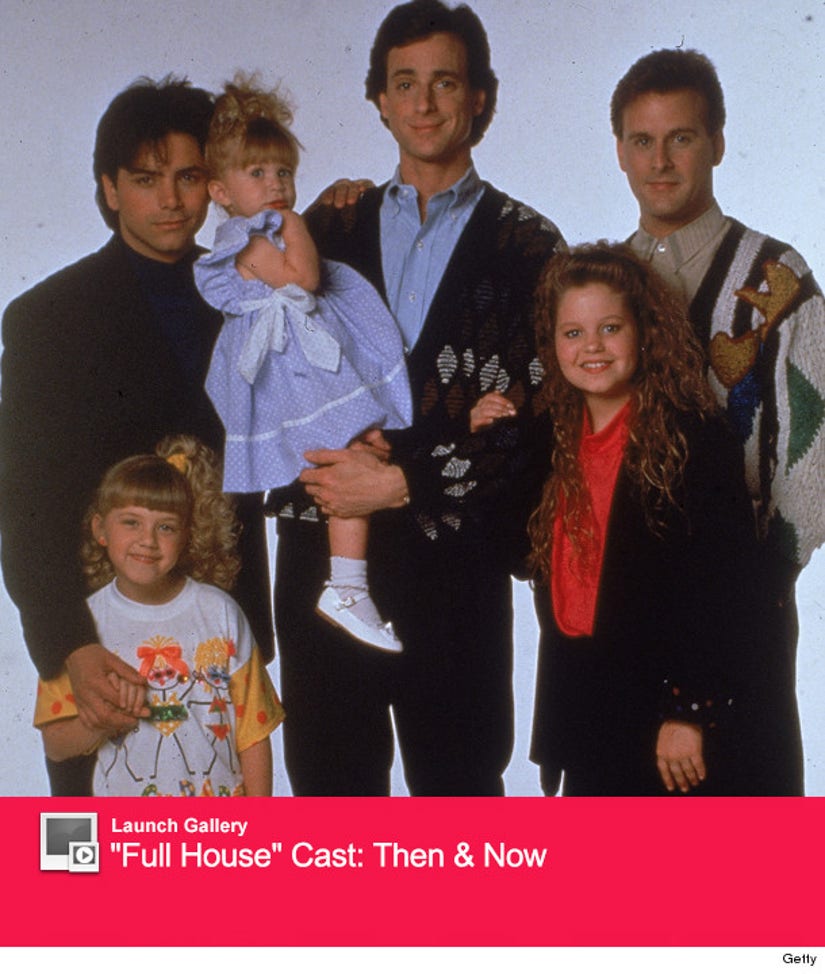 "Last but not least-best piece of casting yet. The great @bobsaget will be joining our show on @Netflix - this completes the perfect reunon!" John Stamos tweeted on Thursday.

"Oh and REUNION - sorry i'm tired - been a long day - and let's not be so picky - you want perfect spelling- follow Oprah," he later corrected himself.

"How did you get this information?" Saget himself added, re-tweeting Stamos. "Kidding! Love you Jesse!"

The funnyman now joins Stamos, Sweetin, Barber, Candace Cameron Bure, Dave Coulier, and Lori Loughlin for the highly anticipated series. It was confirmed last week that Mary-Kate and Ashley Olsen would not be making cameos.

The only stars not confirmed either way: The twins who played Alex and Nicky (Dylan and Blake Toumy-Wilhoit) and Scott Weinger, who starred as DJ's boyfriend Steve on the original series. So far, Scott has teased his return, but nothing is concrete just yet.

We can't wait to see the cast back on the small screen -- are you as excited as we are?! Sound off below.