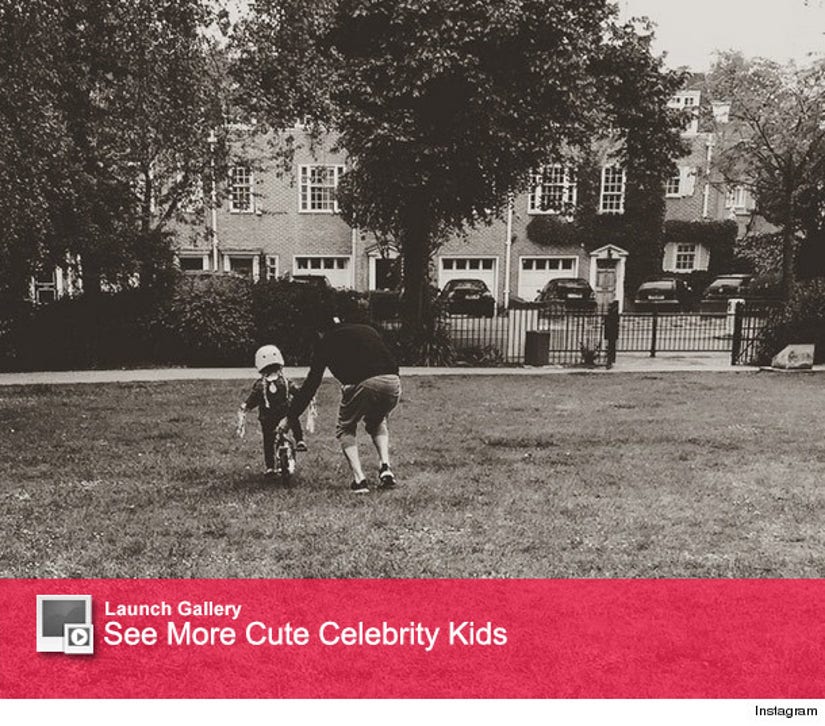 David Beckham spent some quality time with daughter Harper over the weekend -- and this new photo of him teaching her how to ride her bike is one of the cutest things EVER.

"Look at my big girl Day One - No stabilizers," he captioned the precious Instagram pic.

In the black and white snap, the 40-year-old holds on to the end of the toddler's bike as she peddles away in their yard. The youngest of the Beckham clan looks adorable in her helmet and pig tails!

Victoria Beckham's other half loves spending time with his 31/2 -year-old. Just last week, he revealed his bed time story of choice for getting his only daughter to sleep!

The father-of-four has taken on the role of Mr. Mom following his retirement from professional soccer in 2013. David opened up about his new lifestyle in a recent interview, joking that he has become his kids' chauffeur.

What do you think of the star's adorable snap? Sound off below then click "Launch Gallery" for more cute celebrity kids.