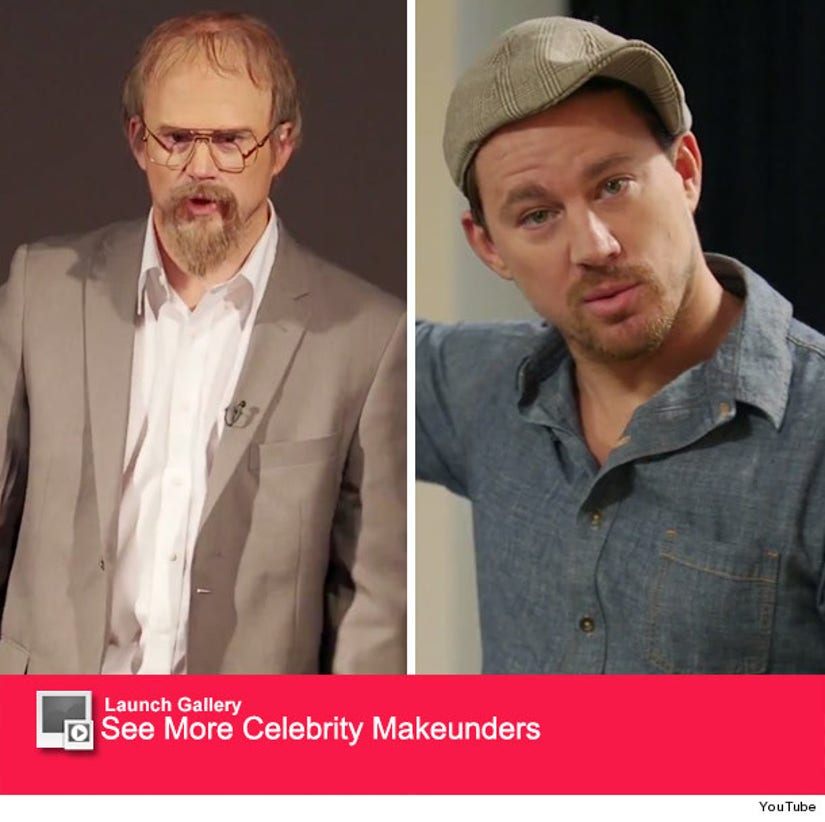 This is Channing Tatum like you've never seen him before!

To kick off a charity campaign he's spearheading with Omaze, which allows one fan the opportunity to be part of his entourage at the Los Angeles premiere of "Magic Mike XXL," the actor got a major makeunder and went undercover at a screening of the highly-anticipated sequel.

The hunky leading man shed his sexy image to play the role of "the most terrifying marketing exec ever" -- and he was completely unrecognizable!

For the prank, Tatum interviewed unsuspecting fans -- asking them who their favorite actor was in the film and which moments they'd like to see in 3-D. Unfortunately for Channing, one woman looked him straight in the eye and told him that Matthew McConaughey was her favorite star in the first flick!

The fans also were treated to a live performance from some sexy strippers, who even coaxed Channing to show off his twerking and lap dance skills.

Check out the clip to see the lovely ladies' reactions when Tatum revealed himself -- it's hilarious!

So how can you win a chance to shake it with the "Magic Mike XXL" cast? Simply make a $10 donation to Omaze.com/Magic and your name will be entered into the drawing. Your donation supports the Runa Foundation, an organization close to Tatum's heart.

In case you missed it, check out the new trailer for the movie below!