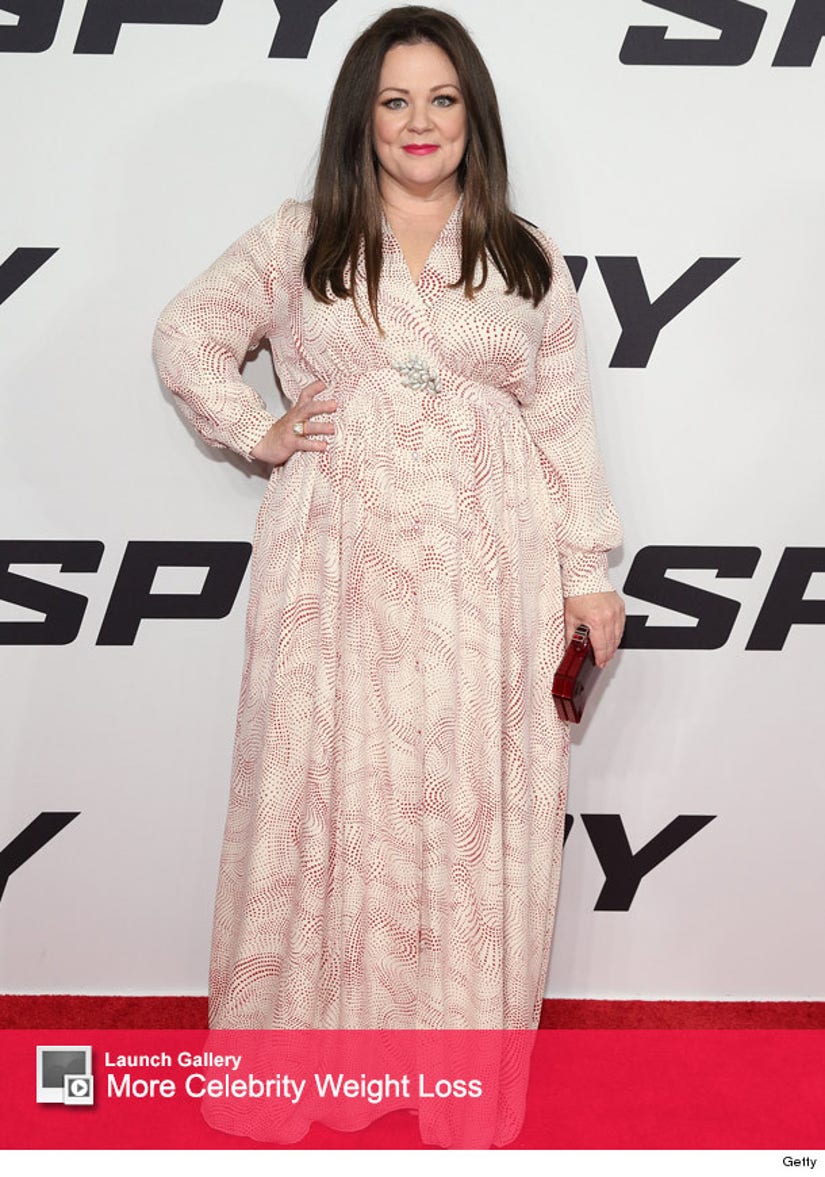 Melissa McCarthy is adding another title to her name: Fashion designer!

The actress stunned at the premiere for her new movie "Spy" in New York City on Monday, where she continued to show off her recent weight loss in one of her own creations.

The 44-year-old wowed in the patterned floor length design that featured an empire waist and crystal brooch. She rocked her new straight dark locks, and accessorized with a pink lip and red clutch.

The "Bridemaids" star is estimated to have lost 50 pounds, but has stayed mum on her slimmed down figure.

Melissa is set to launch her new collection in August, titled Melissa McCarthy Seven7. At last night's premiere of her new flick, she spoke out about her foray into fashion and what drove her to create a clothing line.

"I want women to get dressed every day and feel good about themselves," she tells People magazine. "I don't care what it is, if it's dyeing your hair blue, if it's a sweater, whatever you want to do."

"If it makes you feel good and empowered, I stand behind it 100 percent and if I can be a little tiny block on that wall, I'd be proud of that," she continues.

How amazing do you think Melissa looks? Sound off below then click "Launch Gallery" for more celebrity weight loss!