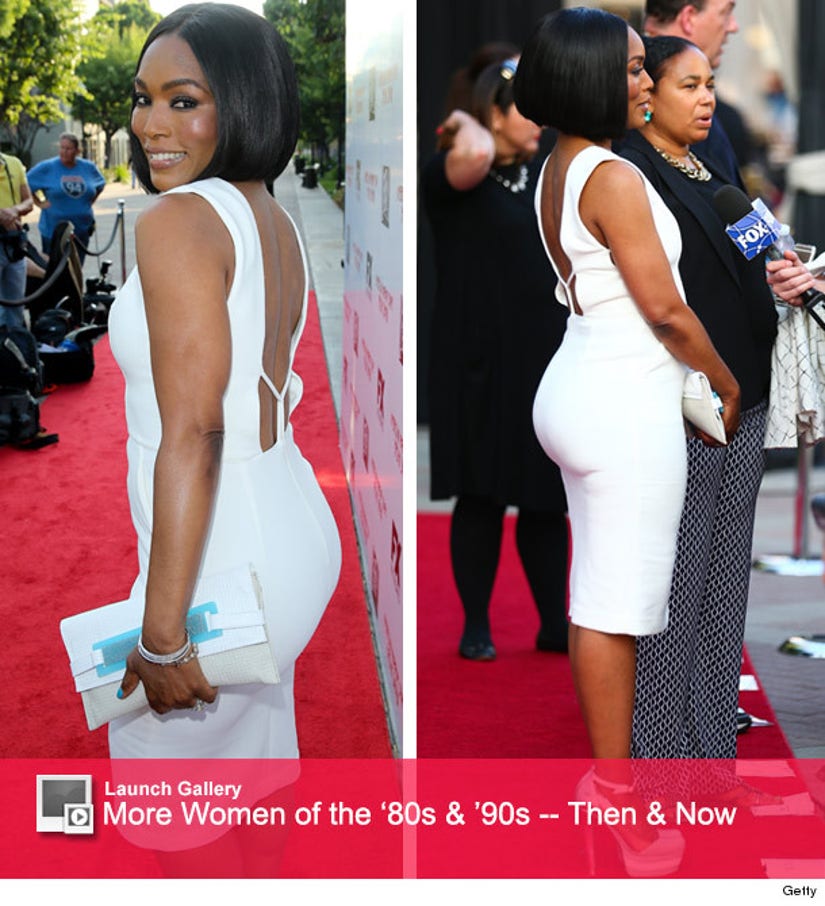 Angela Bassett must be channeling her "American Horror Story: Coven" character-- because she does not age!

The 56-year-old star stepped out for a special screening and Q&A for "American Horror Story: Freak Show" on Thursday, where she stunned in a form fitting ensemble.

Angela donned a sleek white dress that featured cut-outs in the back, with a pair of sky-high platform pumps. The star rocked a chic bob and styled the look with a white clutch and glam makeup.

The actress looked gorgeous at the event, where her appearance is quite a departure from her various get-ups on the hit FX show!

For the most recent season of the series, the "ER" alum played the triple-breasts Desiree Dupree. She recently opened up during a press conference about the process of undergoing such a unique transformation!

"It takes, maybe from start to finish, about an hour. Just enough time to check out a Netflix episode of 'Orange Is the New Black,'" says Angela. "After 12 hours, you begin to itch, you begin to sweat and you can't really produce relief because you can't get to yourself, you're scratching foam."

What do you think of the star's glammed up look? Sound off below then click "Launch Gallery" for more women of the '80s and 90s!