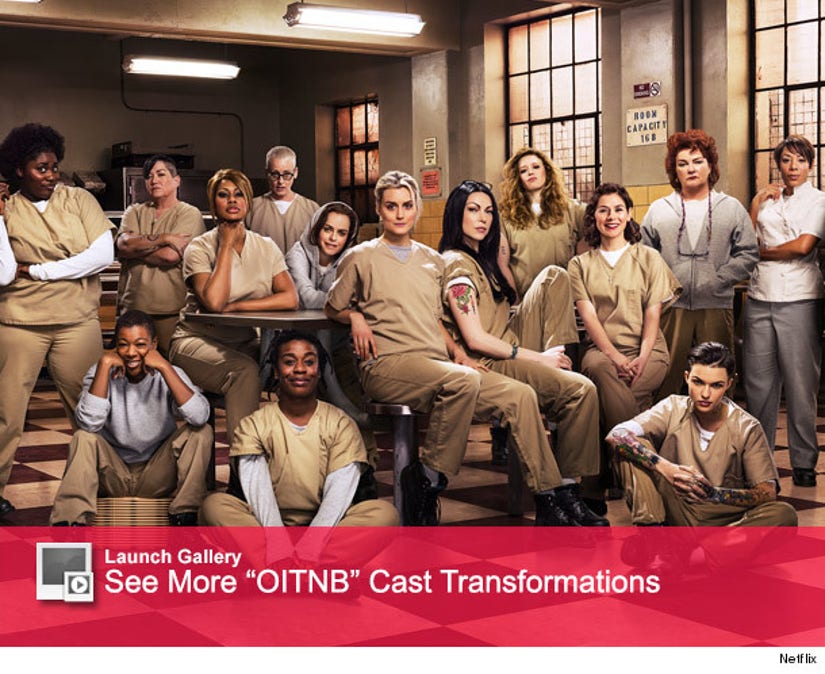 The ladies of Litchfield Penitentiary are finally back!

"Orange Is The New Black" returned for season three on Netflix last night -- and man, have we missed Piper Chapman (Taylor Schilling) and her fellow inmates.

This season will have no shortage of fights, crazy antics and even romance with Alex Vause (Laura Prepon) making her return to Litchfield.

Also heading to the correctional facility is some fresh meat!

Actress and TV personality Ruby Rose joins the ladies as Stella Carlin, an Australian inmate who gets locked up and caught in a love triangle with Piper and Alex. Things also continue to get steamy between Dayanara Diaz (Dascha Polanco) and officer John Bennett (Matt McGorry).

Fan favorites Laverne Cox and Uzo Aduba also reprise their roles as Sophia Burset and Crazy Eyes, but sadly one main character will be noticeably absent this season.

Jason Biggs, who plays Piper's fiance Larry Bloom, confirmed back in February that he will not be returning for this season of the hit Netflix show.

With the captivating series now available for your binge watching pleasure -- let's take a look at the entire cast and all of their crazy prison transformations!

Will you be watching the new season of "OITNB"? Sound off below then click "Launch Gallery" to see the entire cast!