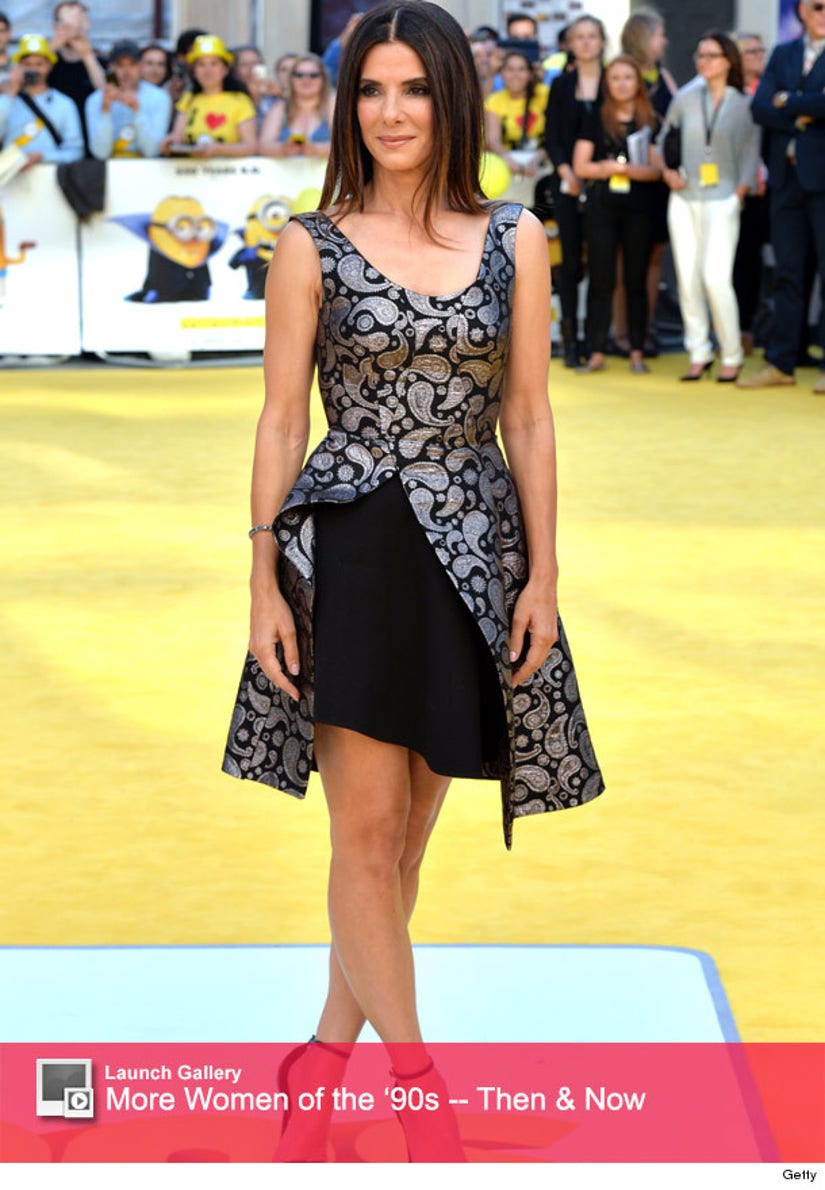 Sandra Bullock is back!

After being MIA from the red carpet for over a year, the "Gravity" actress made her triumphant return on Thursday for the "Minions" premiere in London -- and looked absolutely radiant.

We haven't seen the mom-of-one on a big carpet since the 2014 Oscars -- and we've missed her. Her only other public appearance in the past 12 months has been at the Guys Choice Awards in June 2014.

The brunette beauty lends her voice to the latest film in the "Despicable Me" franchise, as the villain Scarlet Overkill.

Sandra has been as busy woman over the past year taking care of 5-year-old son Louis. The star was recently named People Magazine's "Most Beautiful Woman" of 2015 and revealed to the mag that the adorable tot still has no idea what his famous mom does for a living!

"He thought I was an astronaut for a while," she revealed. "I want it to be so inconsequential and such a nonissue. I want him to be embarrassed by me like all other parents."

How amazing does Sandra look? Sound off below then click "Launch Gallery" for more women of the '90s then and now!