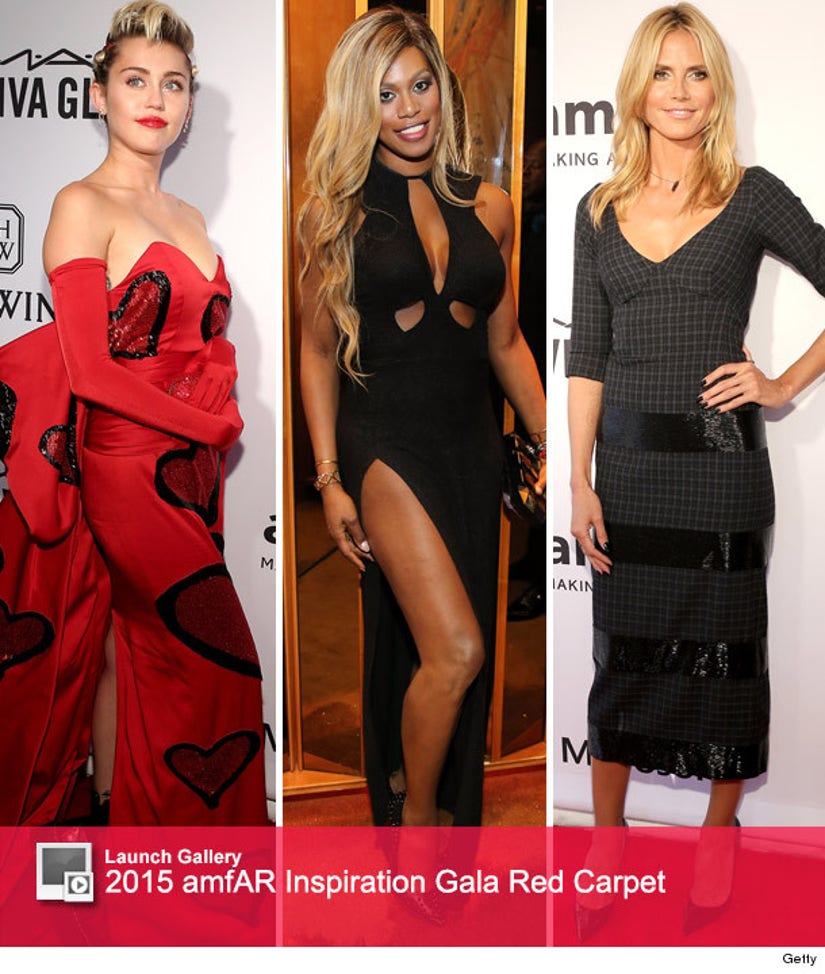 Miley Cyrus is going glam for a good cause!

The "Wrecking Ball" singer was recognized for her work in the fight against AIDS on Tuesday night at amfAR's Sixth Annual Inspiration Gala in New York City.

She also brought a date, Tyler Ford, a photographer and poet who recently appeared on Oxygen's "The Glee Project." 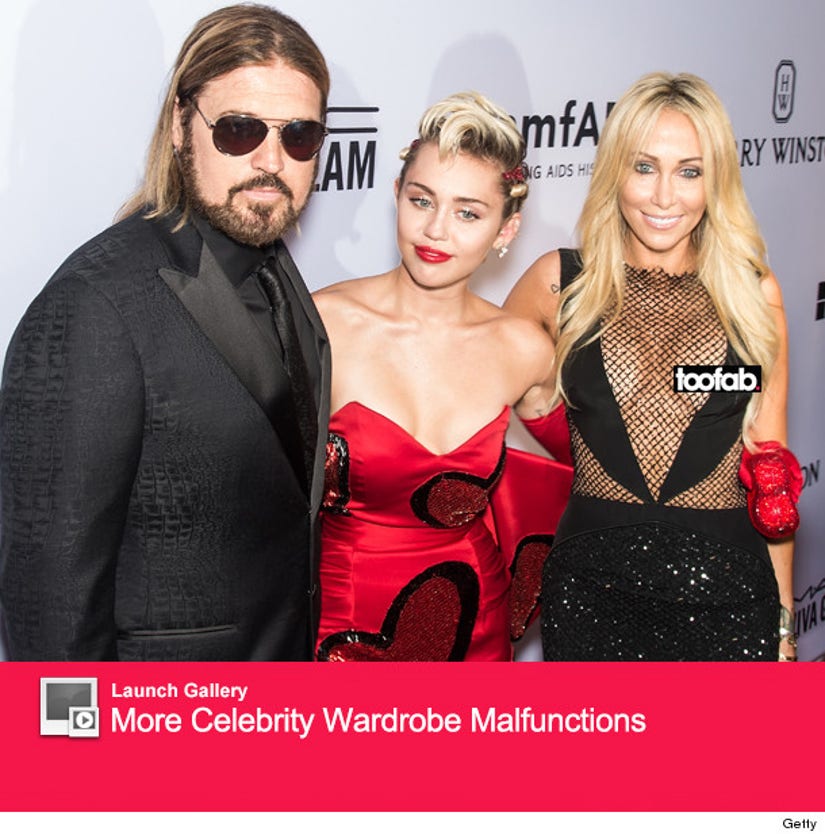 Miley introduced her pal to her fans on Instagram before the event, writing, "Meet Tyler (@tywrent), a 24 year old living in New York City, and my date for @amfar tonight!!! Tyler is a queer, biracial, agender person, whose pronouns are they/them/theirs."

"Tyler shares about their identity, experiences and hopes saying: 'My whole life, I was led to believe that there were only two genders. I thought I had to shrink myself to fit into a box that was never going to contain me. It took years for me to find words for my gender identity, and to feel comfortable expressing myself as I am.'"

Earlier this week, the former "Hannah Montana" star launched her #InstaPride campaign on Instagram, where she's been posting photos of people across the gender spectrum. 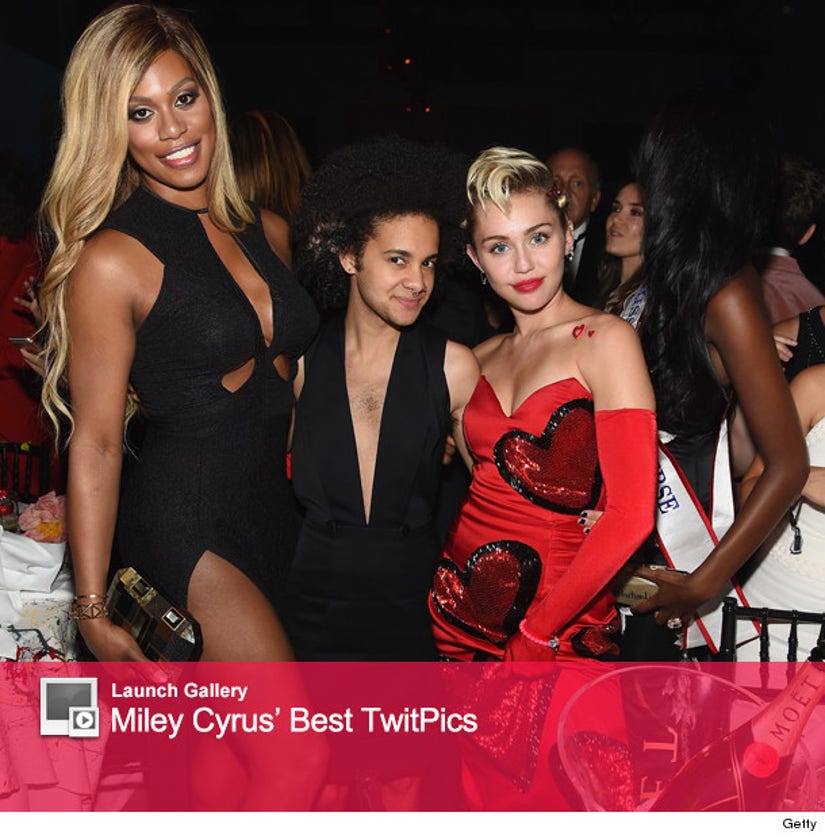 Miley wasn't the only celeb to turn heads at the star-studded soiree. Laverne Cox showed some serious skin in a sexy black cutout gown, while Heidi Klum flaunted her killer curves in a blue plaid midi dress with black sequin paneling.

Check out ALL the red carpet pics in the gallery above!