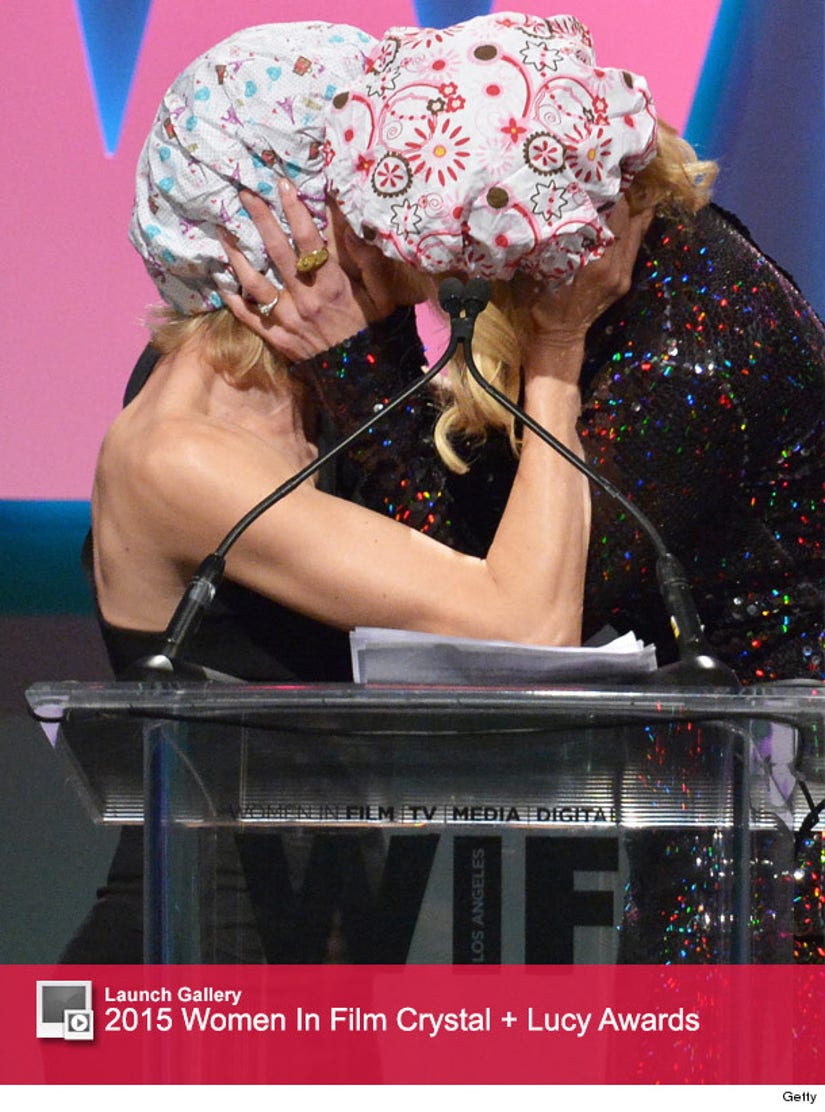 We all know that Nicole Kidman isn't afraid to pack on the PDA with hubby Keith Urban, but now, she's creating some buzz for locking lips with Naomi Watts!

The Oscar-winning actress hit the stage to give an inspiring speech about female empowerment on Tuesday night at the Women In Film's Crystal + Lucy Awards.

She opened the speech by revealing she was nervous to take a part in Jane Campion's student film when she was only 14, because it would have required her to lock lips with another girl on-screen.

"My excuse was that I had final exams to study for, but the truth is the part would have required me to appear up on the screen wearing a shower cap and kissing a girl ... I wanted to be the kind of actress with long flowing hair [who] kissed boys ... I was not ready to do the kind of work that threatened anybody," she told the audience. "Well, today I know better and I say, 'Jane, if you're out there . . . I'm ready to don this cap.'"

That's when Watts popped up on stage, to re-enact the scene Kidman backed out of.

While Nicole is getting kudos for her speech, she's also getting some bad press for an embarrassing makeup malfunction. 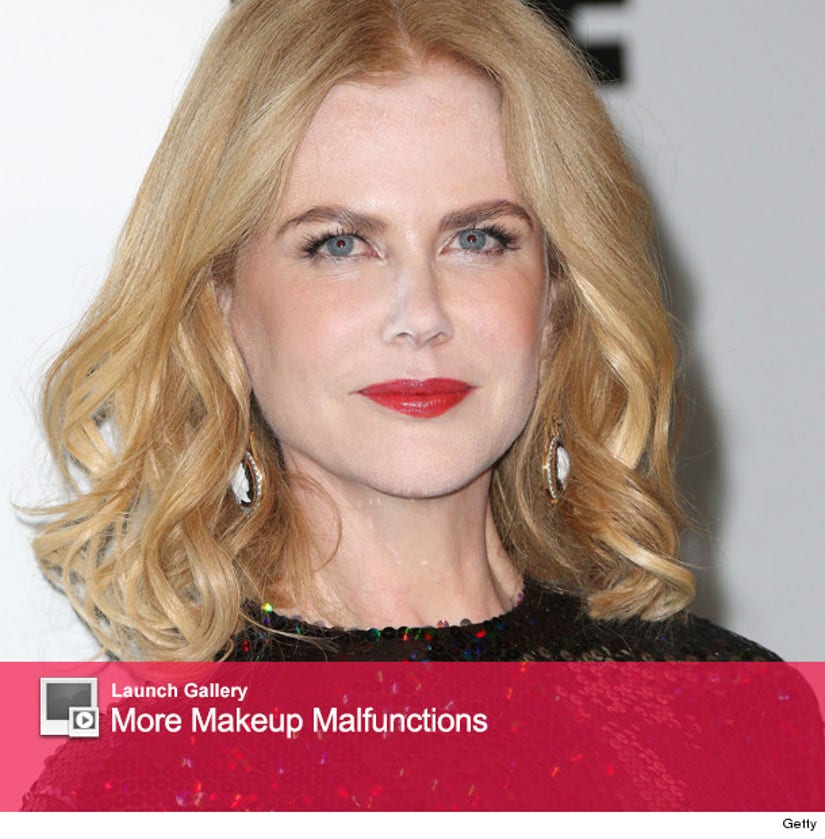 While she looked lovely in a black bedazzled gown, her over-powdered face unfortunately stole the spotlight as she posed for pictures with her longtime pal and new kissing partner. This isn't the first time powder has gotten the best of her either -- see her other makeup mistake in the gallery above!

And check out all the stars on the red carpet at the event, including Sandra Bullock, Teresa Palmer, Kate Mara, Angie Harmon and many more! 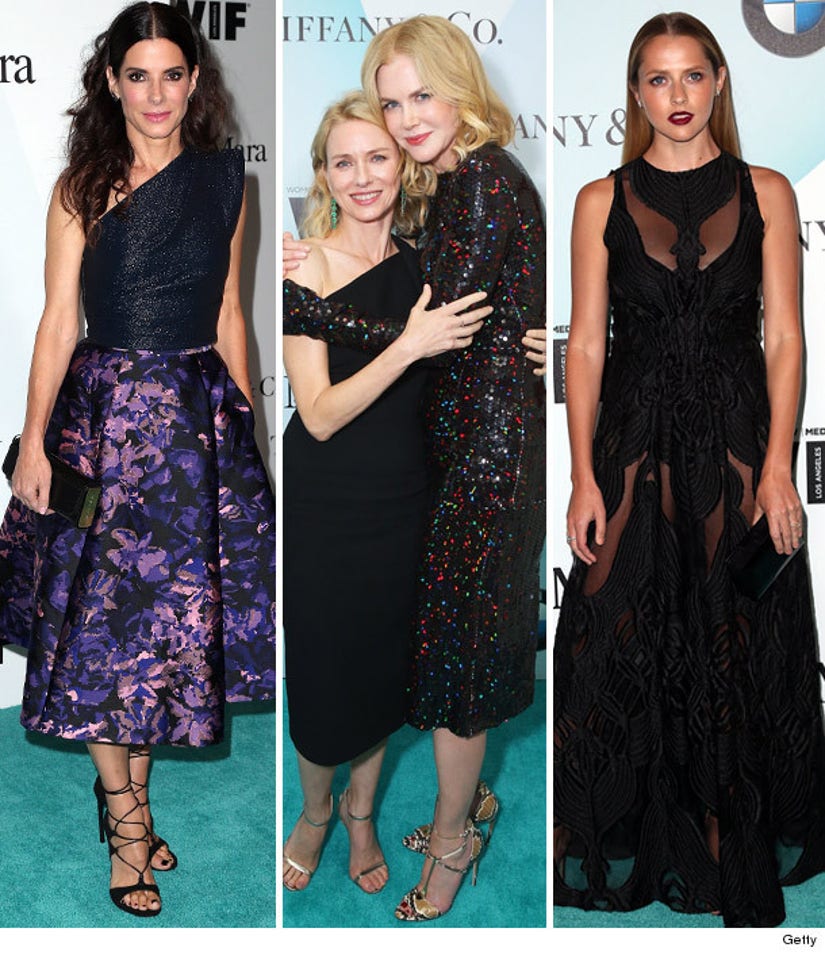