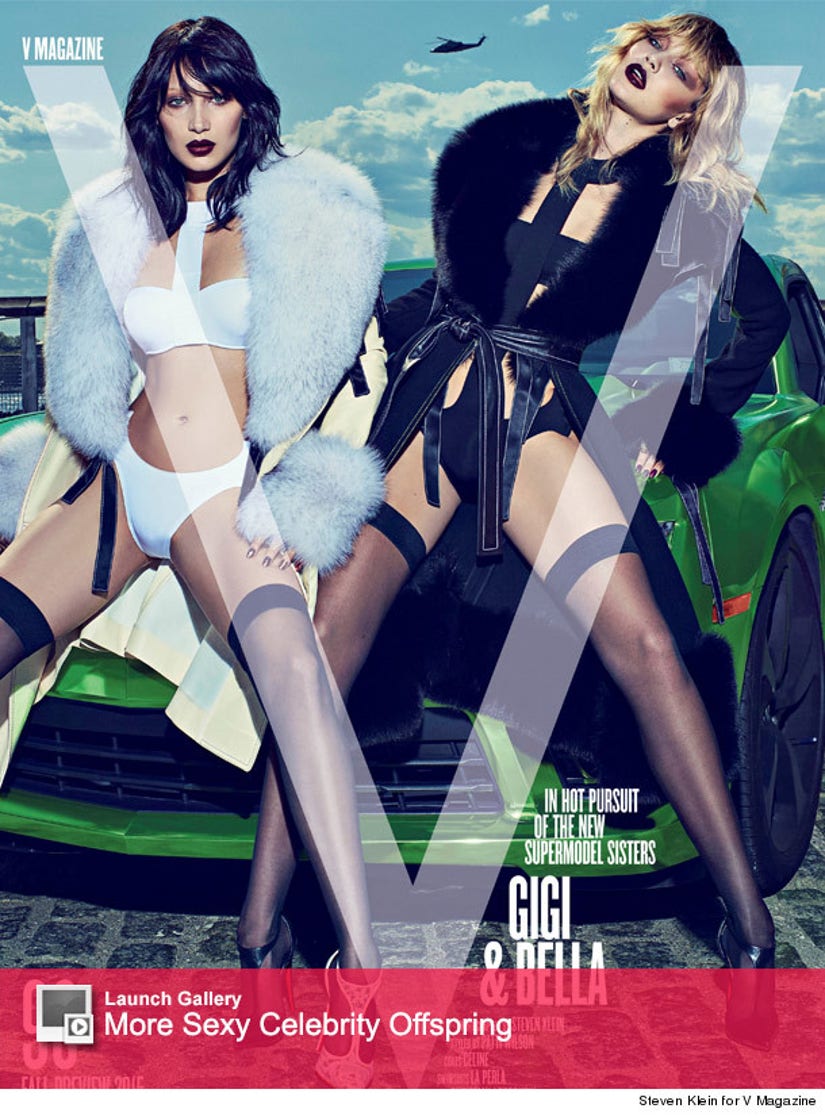 After Gigi Hadid gave us a steamy sneak peek at her first magazine spread with younger sis, Bella Hadid, we've been dying to see the rest of the photos. And, wow, it was worth the wait.

The smokin' hot cover photo for V Magazine's Issue 96, which was shot by celebrity photographer Stephen Klein and styled by Patti Wilson, features the duo in monochromatic cutout bathing suits, thigh highs and fur-trimmed coats while reclining on a sports car.

Another snapshot shows the models in some very skimpy lingerie. Gigi, 20, sports a pair of knee-high latex boots, while her 18-year-old sister sports stockings and fingerless gloves. Yolanda Foster's daughters are both sprawled on a blue fur coat, wearing killer red lipstick, bangs and a ton of black eyeliner.

Isn't that what you do when you hang with your sister?! 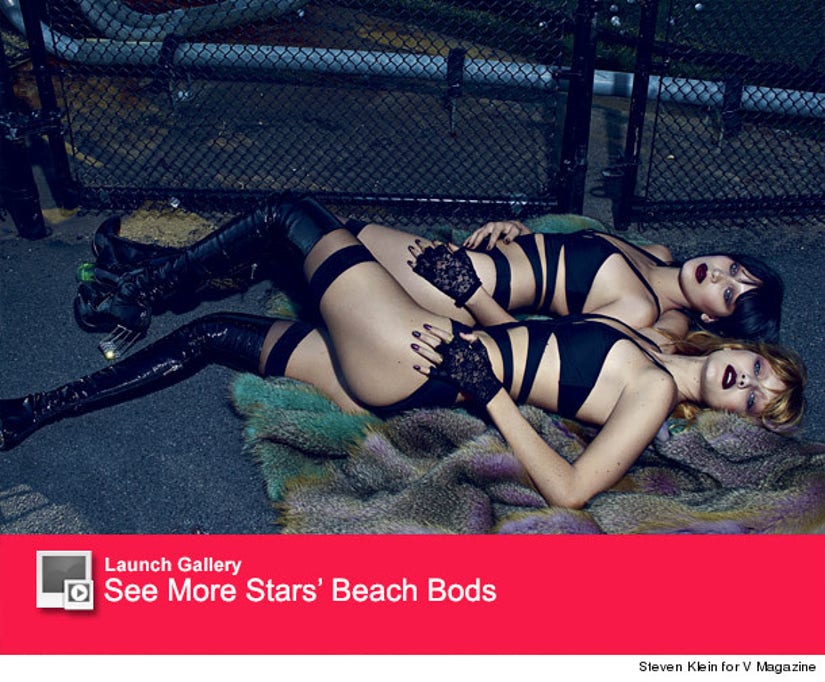 While these gorgeous girls are quicking skyrocketing in the fashion world, they've managed to stay grounded by following three simple goals: "Be kind, work hard, and make a friend."

"When I do those little things on set every day, those are the things that then lead to creating relationships and building opportunities," Gigi explains. "Because you don't know who those people are gonna go have dinner with and talk to that night."

And though the blonde beauty tries to avoid all the drama in her industry, she does encounter her fair share of mean girls. 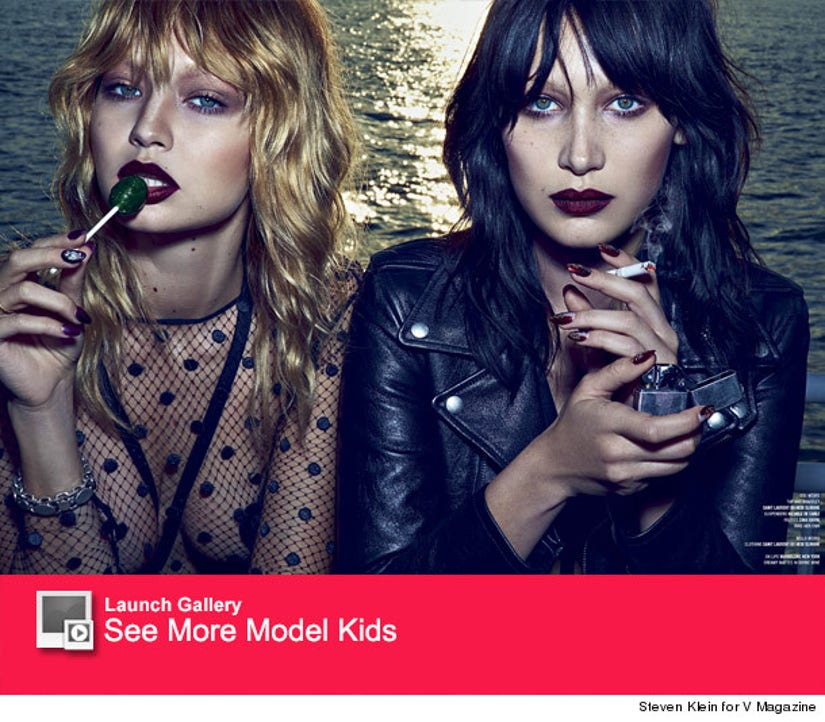 "There are some people who are mean at times, but I think generally we are in a generation of models where it's becoming normal to support each other, and I think it's really different," she declares. "We're lucky to be in that generation of girls where we're really pushing for girl power and supporting each other and being friends with everyone. And I think it's becoming less cool to be like the catty models that we've all heard the stories about."

Bella agrees with her older sister, saying, "No matter if they're working next to you, below you, or above you, be kind and generous to everyone you meet. Yeah, it's bizarre because it's weird for people to be nice these days."

Check out the Hadids' full interview in the latest issue of V Magazine, on stands June 30.