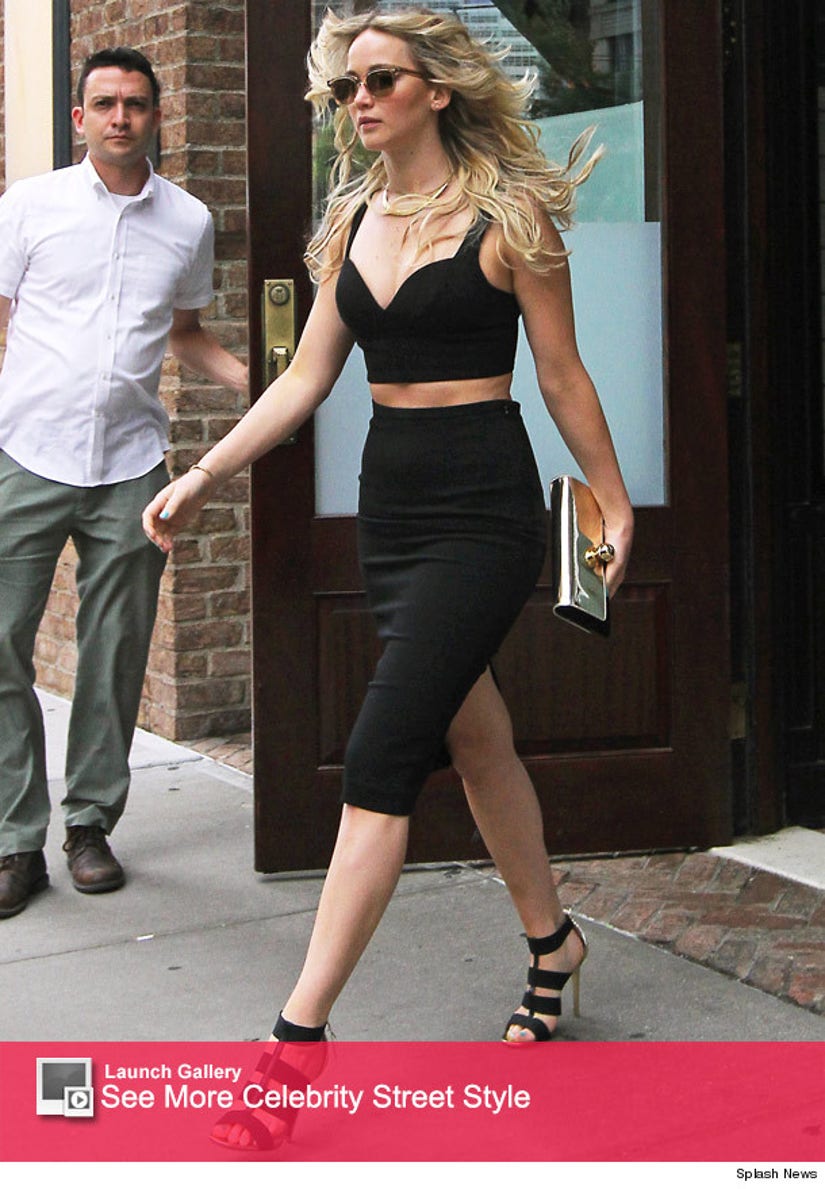 Abs and legs for days!

The 24-year-old beauty spent the afternoon celebrating the release of Lionsgate executive Tim Palen's new book, "Tim Palen: Photographs from The Hunger Games," at the Whitney Museum in the Big Apple.

She reunited with "Hunger Games" costar Josh Hutcherson at the event. The pair will hit the promo campaign trail together for the last time this fall for the release of "The Hunger Games: Mockingjay – Part 2."

In the final installment of the successful franchise, Jenn's character, Katniss Everdeen, is out for blood, after being attacked by Peeta, who attempted to assassinate her after being brainwashed by the Capitol.

This time, Katniss is ready to take out those in charge. "We all have one enemy. He corrupts everyone and everything," she says in the trailer above. "He turns the best of us against each other. Tonight, turn your weapons to the Capitol."