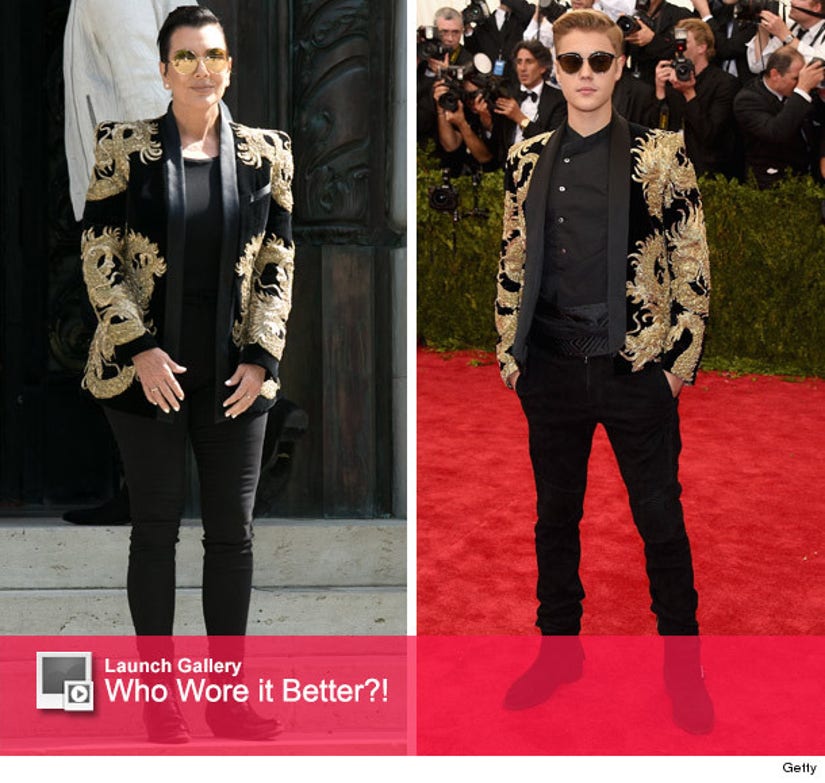 Kris Jenner gave us from style deja-vu on Saturday, stepping out at Balmain's Spring/Summer 2016 menswear show in Paris in the same bold brazer Justin Bieber wore to the 2015 Met Gala.

The Kardashian momager wore the dragon embroidered blazer as the "Boyfriend" singer, pairing the trendy topper with black pants, a matching shirt and boots. She added her own spin by accessorizing with glamorous gold aviators, statement stud earrings and a slicked-back 'do.

The only thing missing from her designer look was the cummberbund that Bieber added to his ensemble as he posed for pictures at the high-fashion soiree.

We're on the fence over who should win this style showdown -- we like Kris' gold accents but Bieber's swag might seal the deal.