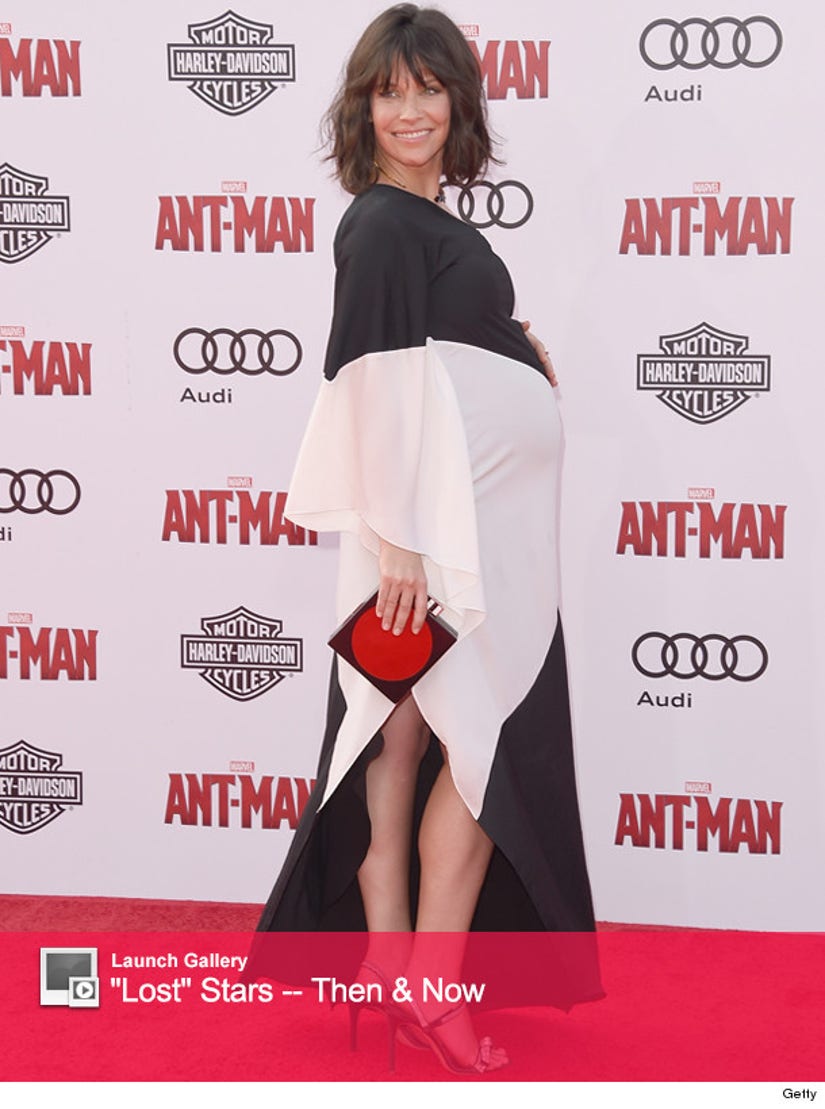 The actress revealed that she's expecting her second child by sporting a rather large accessory on the red carpet at the "Ant-Man" premiere on Monday night ... a baby bump.

Donning a black-and-white Halston Heritage gown, the "Lost" alum put her blossoming belly on full display as she posed for pictures.

The 35-year-old star, who is due in September, admitted that this pregnancy has been pretty easy.

"This is my second time around, and I find I've been pretty lucky," she told E! News. "It's pretty straightforward, and I just love it. I feel good, I feel blissful."

Evangeline is already mom to her 4-year-old son, Kahekili, with longtime boyfriend Norman Kali. She loves motherhood so much, she will probably continue to add to her brood.

"What I wanted originally was six kids," she told Ocean Drive last year. "I frickin' love being pregnant. I'm one of the lucky women who just had a blissful pregnancy, but I wanted to adopt four. My partner and I have really been through the ringer in the adoption world and it's hard, so we'll see what happens. Life is magically beautiful, and it brings you what is perfect."

Congrats to her growing family!

Check her out in "Ant-Man" when it hits theaters on July 17.