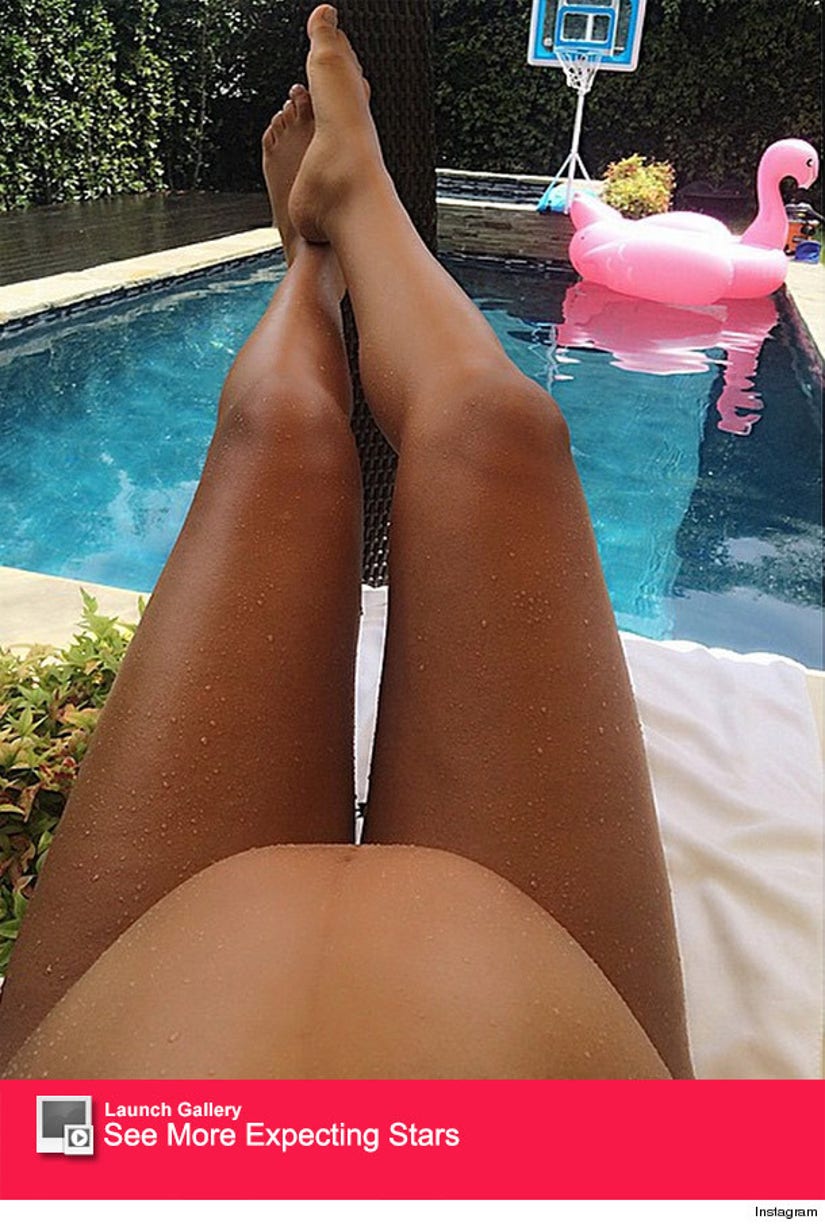 The former "Glee" star took to Instagram on Monday to show off her big baby bump while enjoying a nice summer day by her pool.

"A serious tan and a serious bump #summeraccessories," she captioned the photo.

In the snap, we get a look at the 28-year-old's huge belly and bronzed legs. It almost looks like she's not wearing any bottoms -- but we doubt that's the case!

The star is expecting her first child with husband Ryan Dorsey and recently got super candid about her pregnancy in a blog with People magazine.

"Things like sex with my husband became a bit odd for me due to the fact that I was now limited to about two positions in order to not squash — as my husband puts it — 'it's roof' or have the baby (my belly) staring him in the face," she said of her pregnant sex life. "I feel like men are constantly imagining their baby winking at them when they make love to their pregnant wives thus making sexy times more few and far between."

The brunette beauty and the "Justified" actor tied the knot nearly a year ago in Cabo San Lucas, Mexico ... three months after she ended her engagement to rapper Big Sean. The adorable duo announced they were expecting back in February.

What do you think of the star's big bump?! Sound off below then click "Launch Gallery" for more expecting celebs!