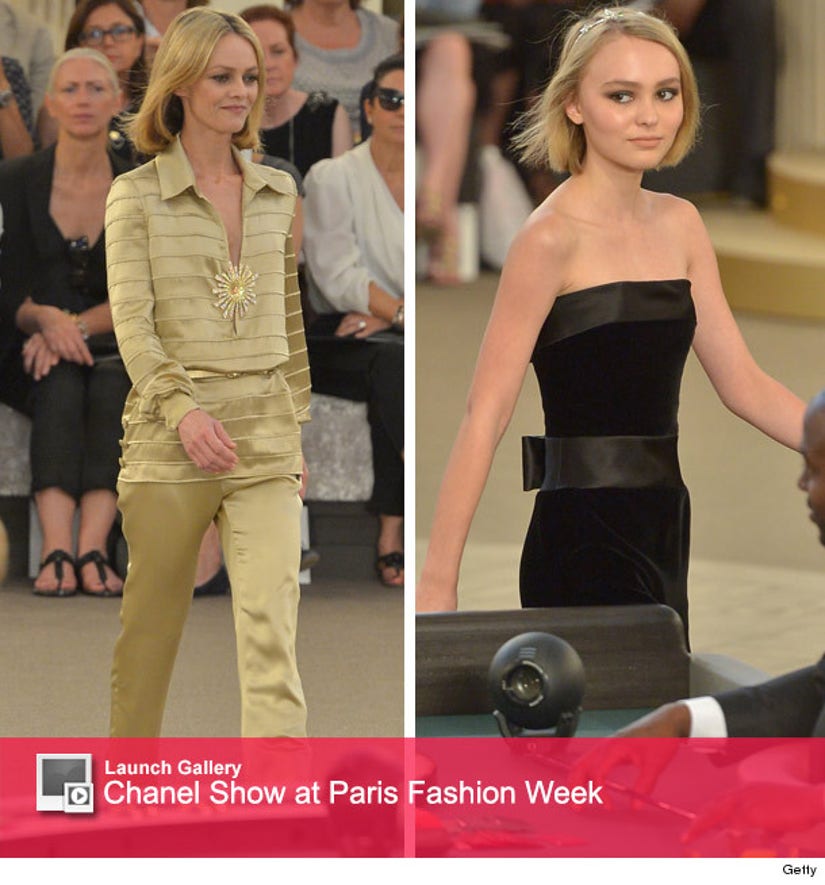 Lily-Rose Depp continues to follow in her mother Vanessa Paradis' modeling footsteps, as the duo both appeared in the Chanel Fall 2015/Winter 2016 show during Paris Fashion Week Haute Couture on Tuesday.

The 42-year-old longtime Chanel ambassador wore a '70s-inspired gold pantsuit and kept her hair in a chic bob. Her 16-year-old daughter made her entrance into the show with fellow celebrity offspring Lily Collins. Both looked chic in little black dresses, with Lily pairing hers with a silver headpiece.

Isn't she the perfect combo of her mom and dad Johnny Depp?!

This isn't the first time the two have showed up to a Chanel event together, back in April the pair attended The Chanel Metiers d'Art show in NYC, where Lily made her red carpet debut! 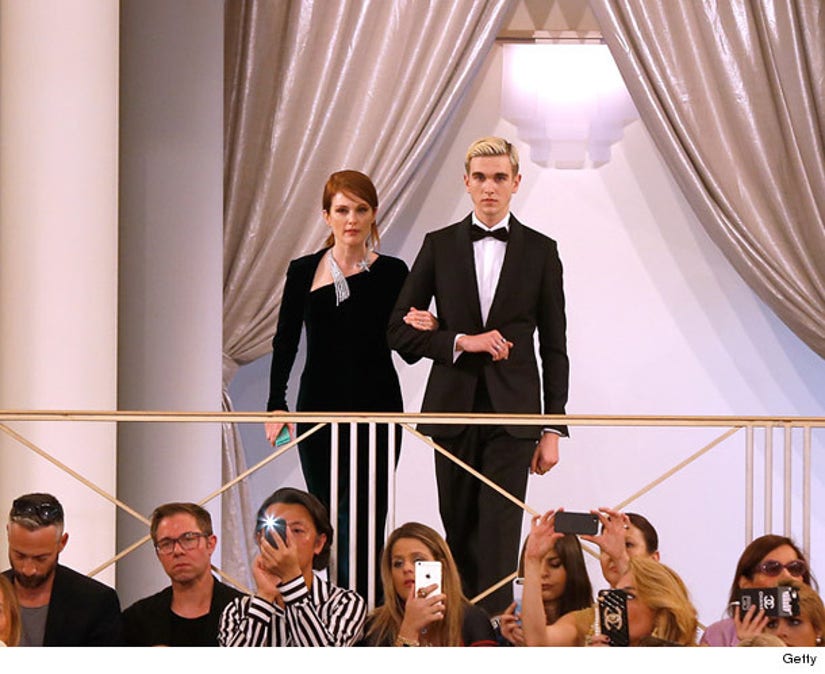 But Vanessa and Lily weren't the only stars who took part in the show. A bevy of celebs were featured at the event, as each made there entrance to take a seat at a special Roulette table.

Daniel Day-Lewis' son Gabriel-Kane Day-Lewis escorted actress Julianne Moore into the show (above). The 20-year-old could be a dead ringer for his dad -- minus the blonde hair.

But there were even more stars at the show! Click "Launch Gallery" to see Kendall Jenner walk the runway and find out what Kristen Stewart wore to the event!