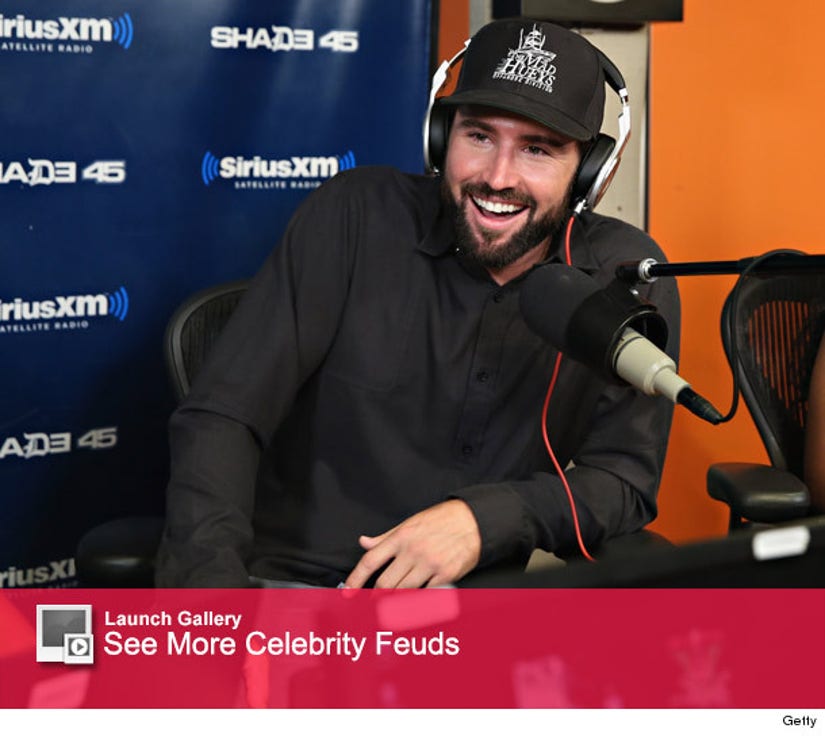 Brody Jenner is opening up about his complicated relationship with former stepmother Kris Jenner.

The reality TV star and host of "Sex with Brody" sat down with Sway in the Morning on Shade 45 on Tuesday, where he laid all the cards on the table.

According to Brody, it all stems back to his father's split from his mother, Linda Thompson.

"I will say this, there's just been a lot of family drama that doesn't even involve me," he continued. "It involves my parents; it involves the divorce way back when, when that happened. There's just a lot of moving parts in our family, and it's a big family, and Kris and I, we just don't talk."

"That's all I'm going to say. …I do like her," he added in conclusion. "I think Kris is a very smart woman. I think she's an incredible mother to her children."

He echoed those sentiments in another interview with Yahoo! Style.

"I don't see them very often… Growing up, we had two completely separate lives … To be honest, I don't even really know Kanye that well at all. I've only met him one time, so I don't really know [the Wests]," he told the site. "That's the one thing people don't understand is that we live two completely separate lives. And everybody ties us in together as the Kardashians and the Jenners, but now what's interesting is they got a divorce so they're not even technically my family anymore."

Speaking about his actual family, it sounds like things are going great with Caitlyn Jenner these days.

"It's been incredible," he told ET last week. "I'm not going to sit here and say it's been the easiest thing in the world but it helped me in a lot of ways. It helped the family in a lot of ways just to be incredibly open."

While chatting with Sway, Brody added that he'd help set Caitlyn up on a date ... "if she needed it."

"Caitlyn likes women, she has her whole life," Jenner told Sway. "It wouldn't be too hard to find a chick for Caitlyn. I mean, why not?"