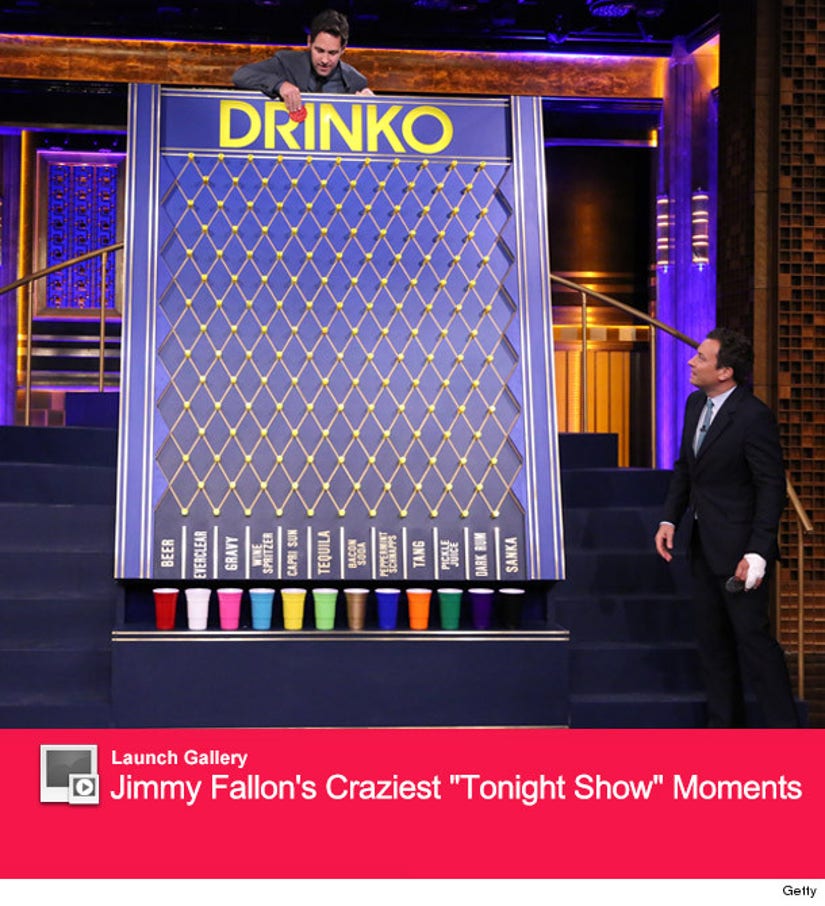 Paul Rudd just proved he's up for anything!

The "Ant-Man" star stopped by "The Tonight Show" on Monday, where he took on host Jimmy Fallon in a new game called, "DRINKO."

The game was similar to the famous "Price is Right" challenge, Plinko, except the disk-dropper's opponent has to drink whatever liquid was in the solo cup the chip landed in.

Some of the cups were filled with beer, tequila and Capri Sun, but other drinks included bacon soda and gravy. Yes, you read that right, gravy.

Rudd was up first, and Fallon lucked out by having to chug a cup of Peppermint Schnapps. In the next round, the actor ended up having to choke down the gravy cup.

Trust us, it looked just as disgusting as you would expect! Check out the hilariously gross clip below to see these guys in action.