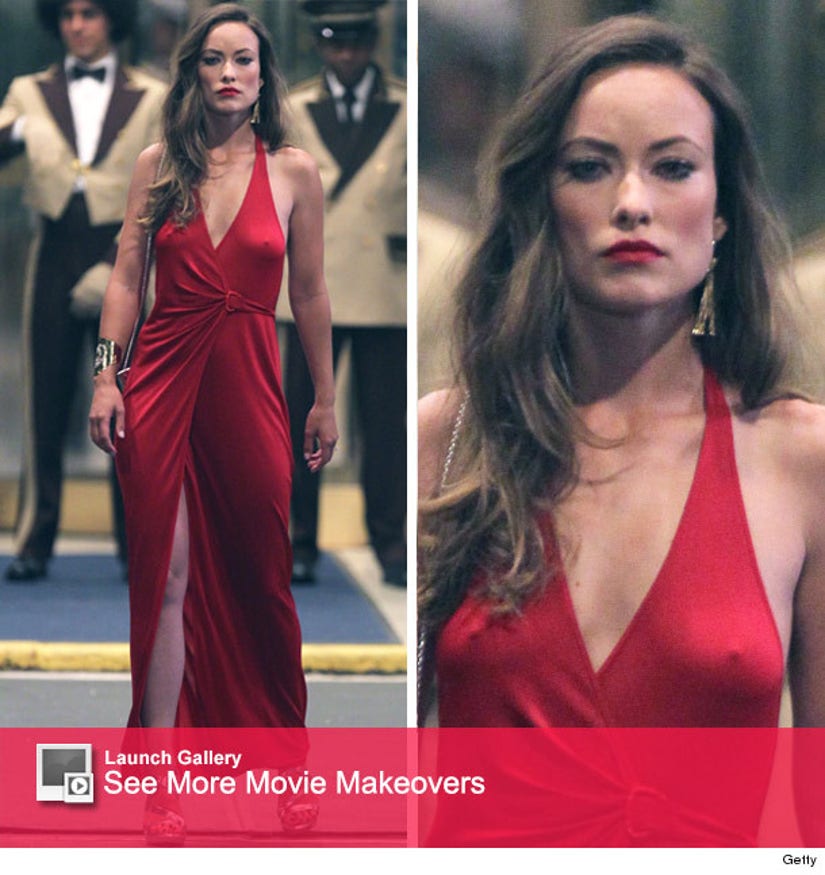 The actress was snapped on the set of Martin Scorsese and Mick Jagger's "Rock 'N' Roll" pilot for HBO, where she showed off some serious cleavage in a plunging red wrap dress. She paired her show-stopping look with silver stilettos, bold black eye makeup and a killer red lip.

The 31-year-old star was joined on set by costar Bobby Cannavale.

According to Variety, the series explores the "drug and sex-fueled music business of 1970's New York as punk and disco are on the rise." The show is told through the POV of a record exec (Cannavale) trying to save his label. 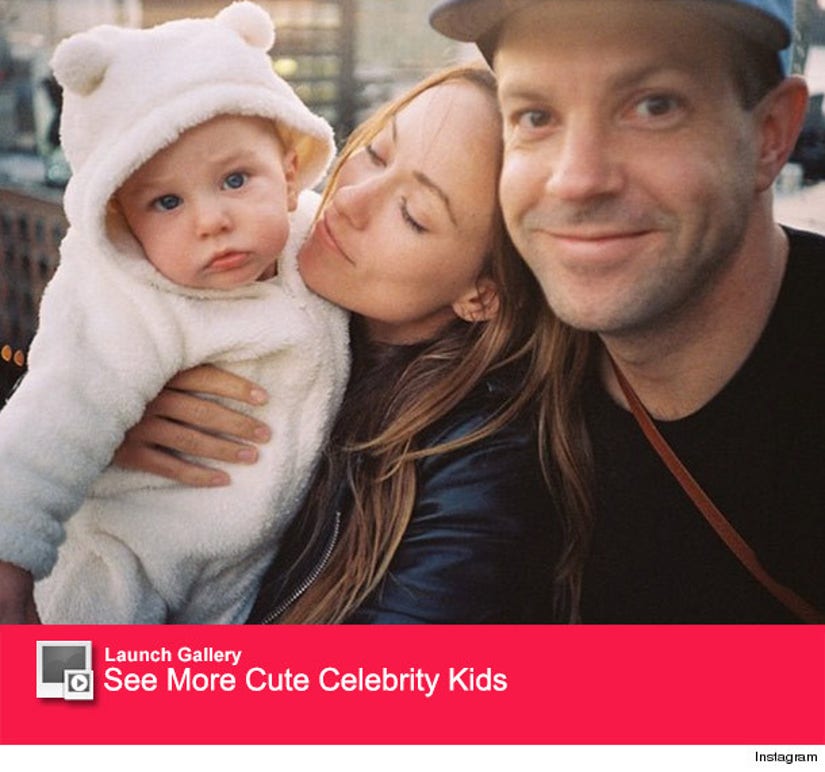 After she wrapped her day on set, Olivia took to Instagram to share a rare family photo with fiance Jason Sudeikis and their 1-year-old son, Otis, who didn't look too happy to be wearing a bear costume.

"#tbt to Otis developing his hatred for tiny bear suits," she captioned the candid from December, adding the hashtag, #futuretherapymaterial.

We don't get to see the tiny tot too much, so this was a real treat!