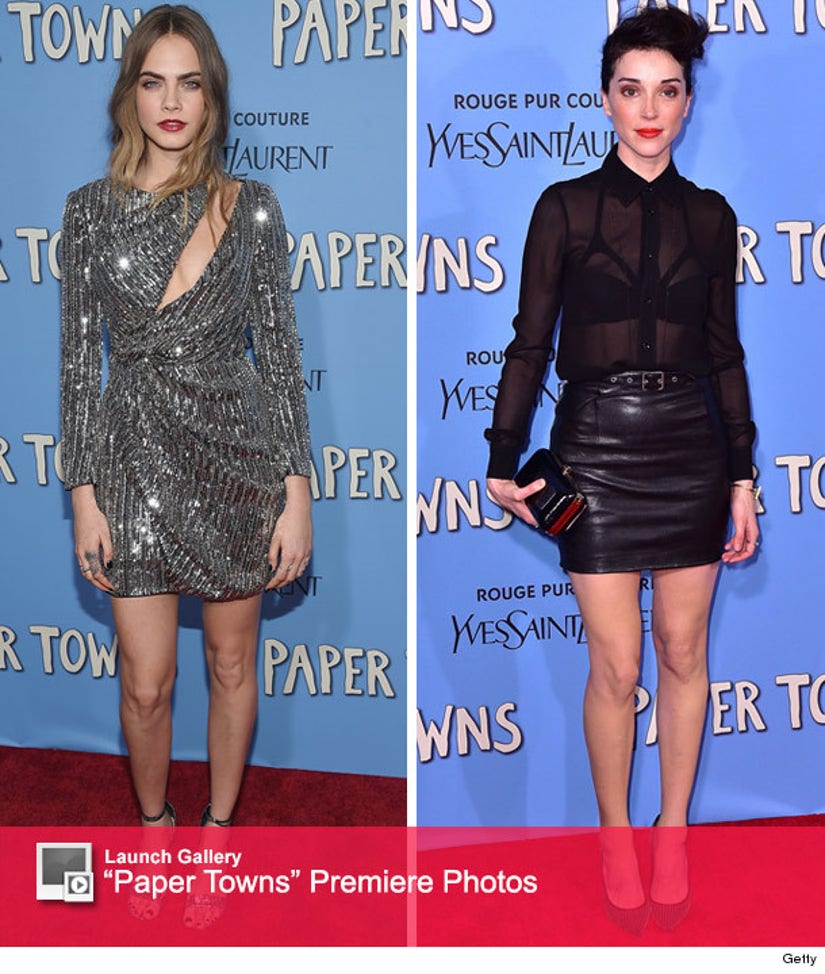 Cara Delevingne and St. Vincent just squashed all of those breakup rumors.

The model-turned-actress made a statement by bringing her girlfriend to the "Paper Towns" premiere in New York City on Tuesday night, following recent reports that the couple had split.

While the pair didn't walk the red carpet together, Cara told reporters how the indie rocker motivates her. "Love is inspiring," she declared.

The 22-year-old star, who makes her debut as a leading lady in the film, added, "True love comes in every form, whether it's what you do, whether you love yourself ... true love is one of the most important things ... it's what makes the world go round."

Delevingne prefers to keep her personal life private, but she opened up about her relationship and her bisexuality in Vogue last month.

"I think that being in love with my girlfriend is a big part of why I'm feeling so happy with who I am these days," she told the mag. "It took me a long time to accept the idea, until I first fell in love with a girl at 20 and recognized that I had to accept it."

Check out all the stars at the "Paper Towns" premiere in the gallery above, including Karlie Kloss and her sister Kimberly, Raven Symone, Joan Smalls, Mischa Barton and many more!