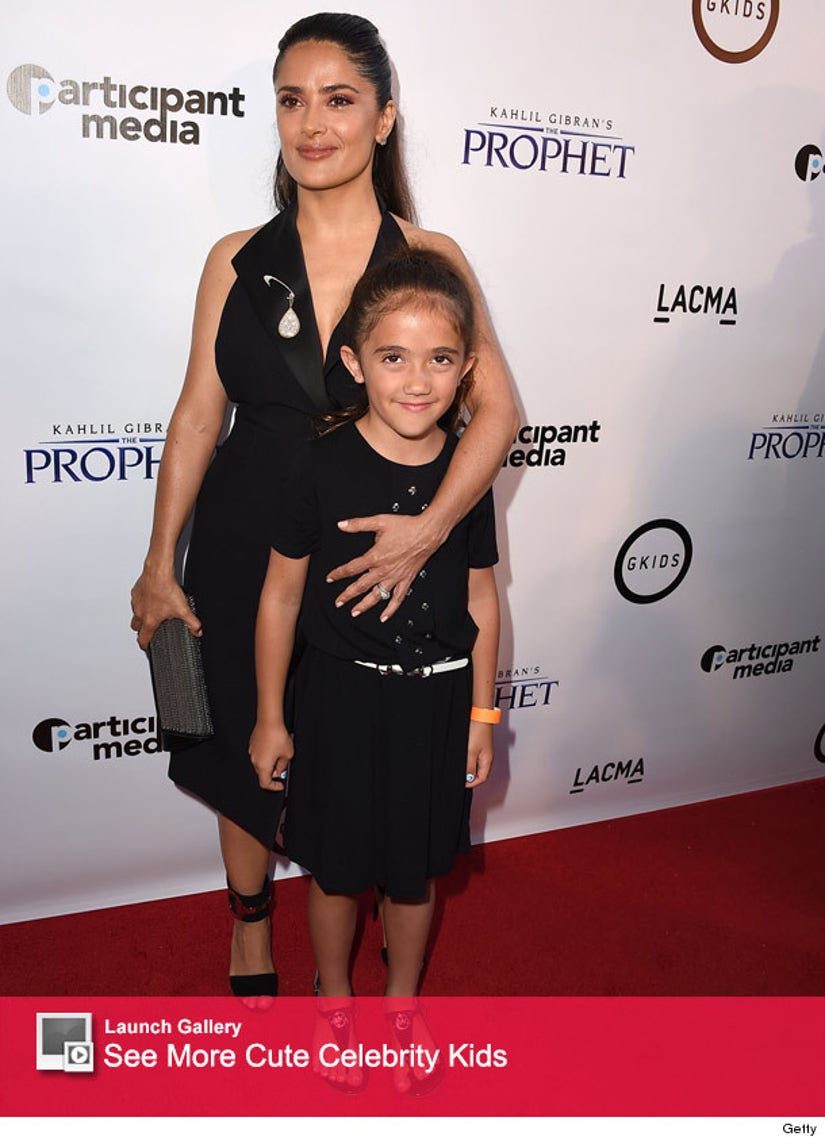 Salma Hayek steps out with her mini-me!

The actress stunned on the red carpet Wednesday night at the Los Angeles premiere of "The Prophet," which she produced. The star was gorgeous in a black Balenciaga dress, Gucci shoes and kept her hair in a half-up, half-down hairstyle.

But all eyes were on the 48-year-old's 7 1/2-year-old daughter Valentina Paloma Pinault, who voices a character in the French version of the film. Isn't she a cutie?!

Salma, who shares Valentina with her French businessman hubby Francois-Henri Pinault, made it a family affair and also brought along her mom for the outing.

"I never do it,” Salma told People of bringing her daughter to the event. “But it's a special occasion. She suffered through Mommy not being around for so long with this one. She's been a part of it because she had to sacrifice also for this film."

"She's excited to see [the movie] again and show it to her friends," Hayek added. "But she's also excited because we have a lot of people from the Disney Channel here!"

How adorable is Salma's daughter? Sound off below then click "Launch Gallery" for more cute celebrity kids!