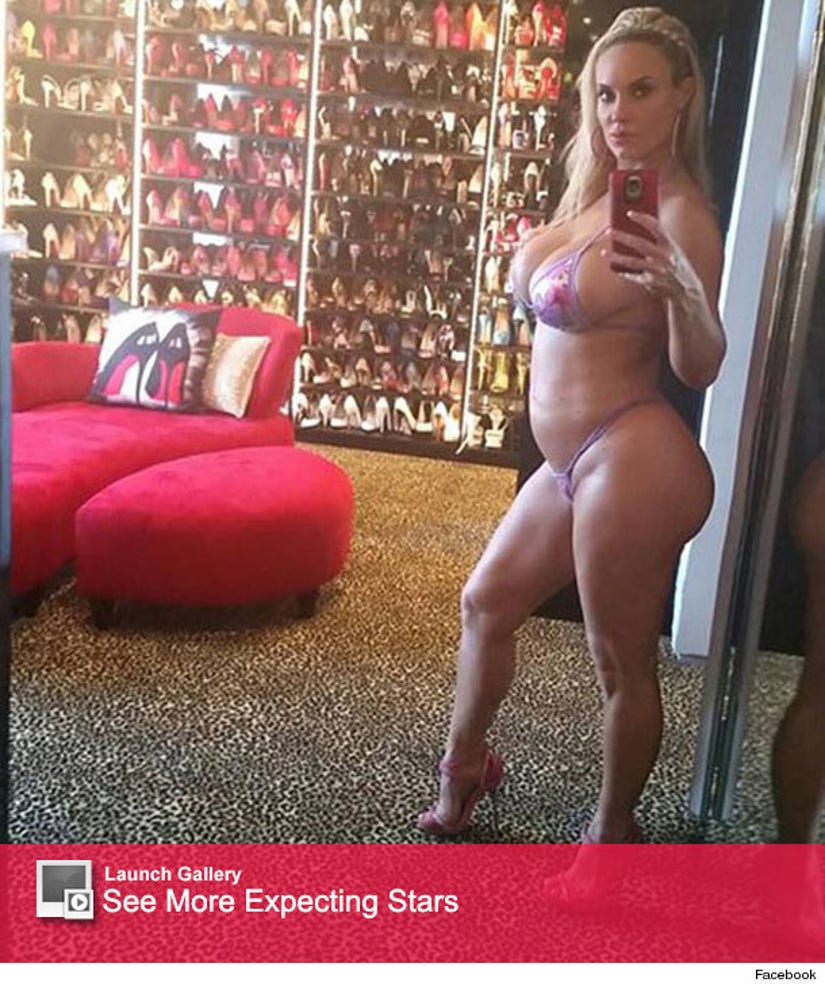 Well, that's one way to show off a baby bump!

Coco Austin may be five months pregnant, but that won't stop her from donning a barely-there bikini and flaunting her growing belly.

The curvaceous model took to Facebook over Labor Day weekend and shocked her fans with several super revealing photos.

"For some reason many of you have been asking weeks now to see my baby bump in a swimsuit! And of course I had to do it, Coco style and rep in a micro bikini....." she said of the snap. "Well, I've been waiting sometime to take this cuz as u can see if u look at me from the front it's very hard to see my lump but from the side its getting more visible."

In the sexy pics, the 36-year-old wears a thong bikini as she shows off a profile and a front shot of her tiny bump. 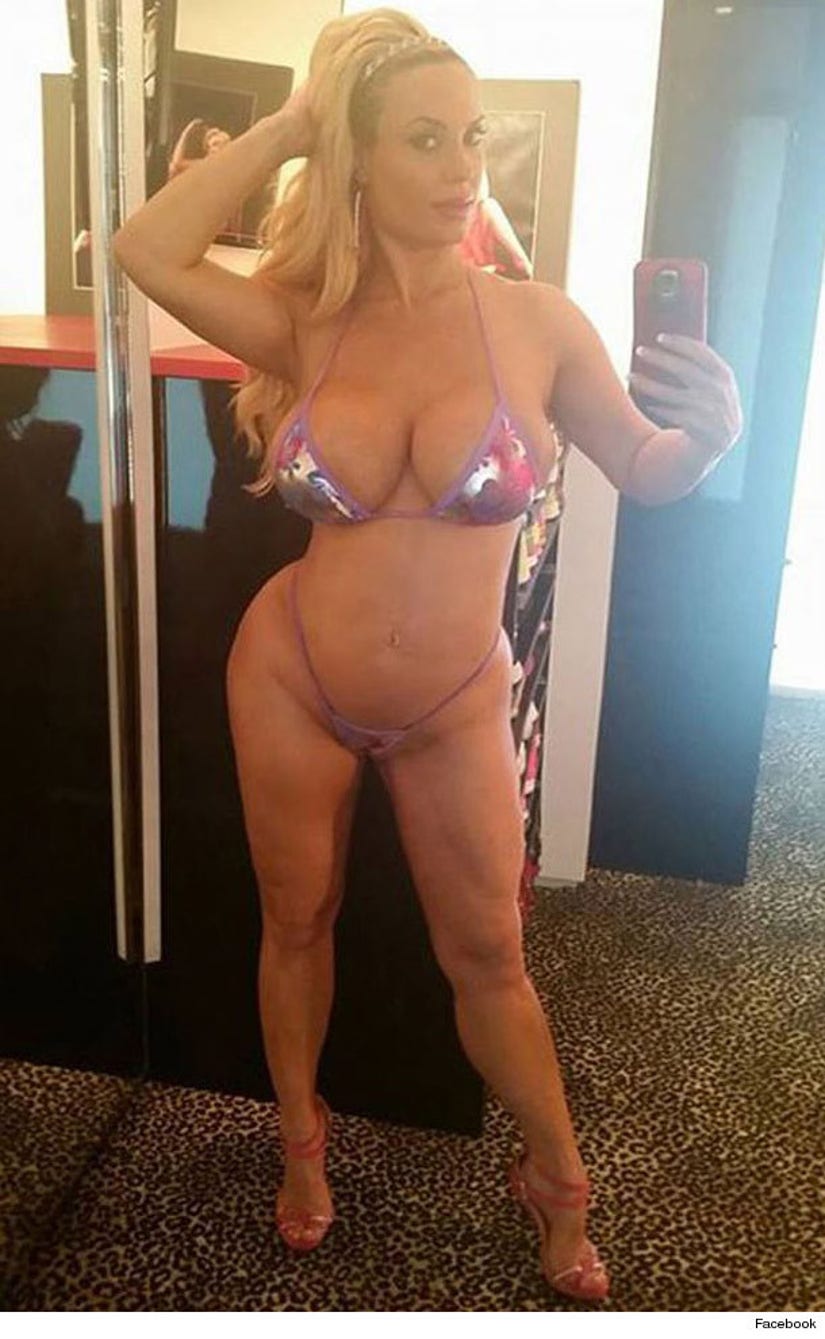 The star and her hubby Ice-T are expecting their first child, due in December. The pair announced the news on their talk show and last month revealed the name for their soon-to-be baby girl, Chanel.

While the rapper has two kids from a previous marriage, that doesn't mean he's immune to some delivery room jitters.

"The delivery room when you have a baby, I'm nervous to be there my damn self," he admitted on a recent episode of 'Ice & Coco'. "When Coco has this baby, I just don't want to see the c**ch in that condition."

What do you think of the stars NSFW bump photos? Sound off below then click "Launch Gallery" for more expecting celebs.